ESCAP has taken the initiative to serve member States’ needs and successfully organized the first meeting of the Infrastructure Financing and PPP Network of Asia and the Pacific with support from the China Public-Private Partnerships Center (CPPPC) in Guiyang, Guizhou Province, China on 12 and 13 September 2018. The event gathered the heads of PPP units, infrastructure financing specialists and capital market experts from 23 countries in the region to enhance knowledge and capacity of PPP units on the effective use of PPP mechanisms as well as other infrastructure financing strategies to support the pursuit of sustainable infrastructure development.

Building on this, ESCAP organized the second meeting in Manila, Philippines, on 7 to 9 August 2019, with the aim of advancing the dialogue from the first network meeting and further engage the recommendations of the network members on the role of this network and the establishment of the web portal and project pipeline in order to strengthen an Asia-Pacific platform of public authorities, financiers, and market stakeholders who plan and implement infrastructure financing projects.

Subsequent to the establishment of the planned web portal and project pipeline at the second meeting of the Infrastructure Financing and Public Private Partnership Network of Asia and the Pacific in Manila, Philippines, on 7 to 9 August 2019, this third network meeting was organized with the support of the China Public-Private Partnerships Center (CPPPC) under the Ministry of Finance of China to be held in Ningbo, China, on 2 to 3 September 2019. While the second meeting in Manila had a subregional attention on Southeast Asia with emphasis on the role of the network and site visits, this meeting in Ningbo prioritized capacity building and training session. 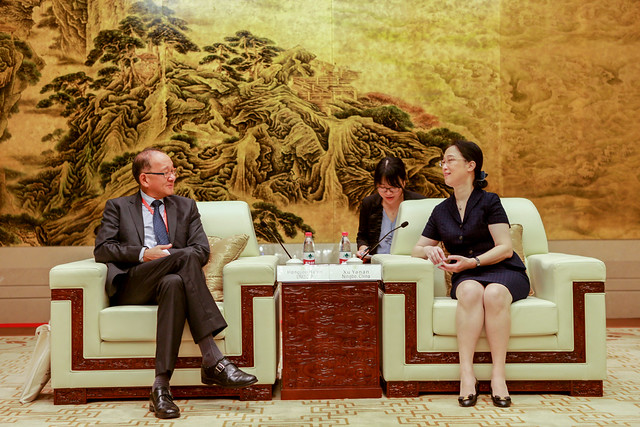