As the world began to recover from the devastation of World War II, many post-colonial countries in Asia and the Pacific began the arduous process of redefining themselves as independent nations. As a forum for regional collaboration, the Economic Commission for Asia and the Far East (ECAFE) was established in Shanghai to focus on economic development and post-war reconstruction. As time moved on, ECAFE extended its membership and formed institutions key to the continued growth of the region such as the Asian Development Bank, Asian Highway Network and the Mekong Committee.

By 1976, ECAFE had already moved to its current headquarters in Bangkok, changed its name to the Economic and Social Commission for Asia and the Pacific (ESCAP) to reflect the diversity of its membership, and increased scope of work. The 1980s and 1990s saw rapid expansion in the manufacturing sector and sustained periods of economic growth despite a financial crisis that gripped the region. In the same timeframe, ESCAP began to engage members on gender parity, ageing, urbanization and the environment – a cause that remains firmly within its sights.

Since the turn of the millennium, millions of people were lifted out of poverty – guided by agricultural and industrial growth. Vital to this has been the involvement of ESCAP in securing consensus for the Trans-Asian Railway, creating the Asian and Pacific Training Centre for Information and Communication Technology for Development (APCICT) and the Bangkok Declaration on Regional Economic Cooperation and Integration (RECI). ESCAP also spearheaded the push for regional investment in disaster mitigation technology after the horrors of the Indian Ocean Tsunami in 2004.

Asia and the Pacific recognizes the challenge it faces to overcome issues such as income inequality, climate change and gender disparities. With one of the most significant challenges in the COVID-19 pandemic still to be overcome, ESCAP is prepared to support the region in not just returning to normal but to emerge even more robust and future-focused, guided by the 2030 Agenda for Sustainable Development and the 17 Sustainable Development Goals (SDGs). 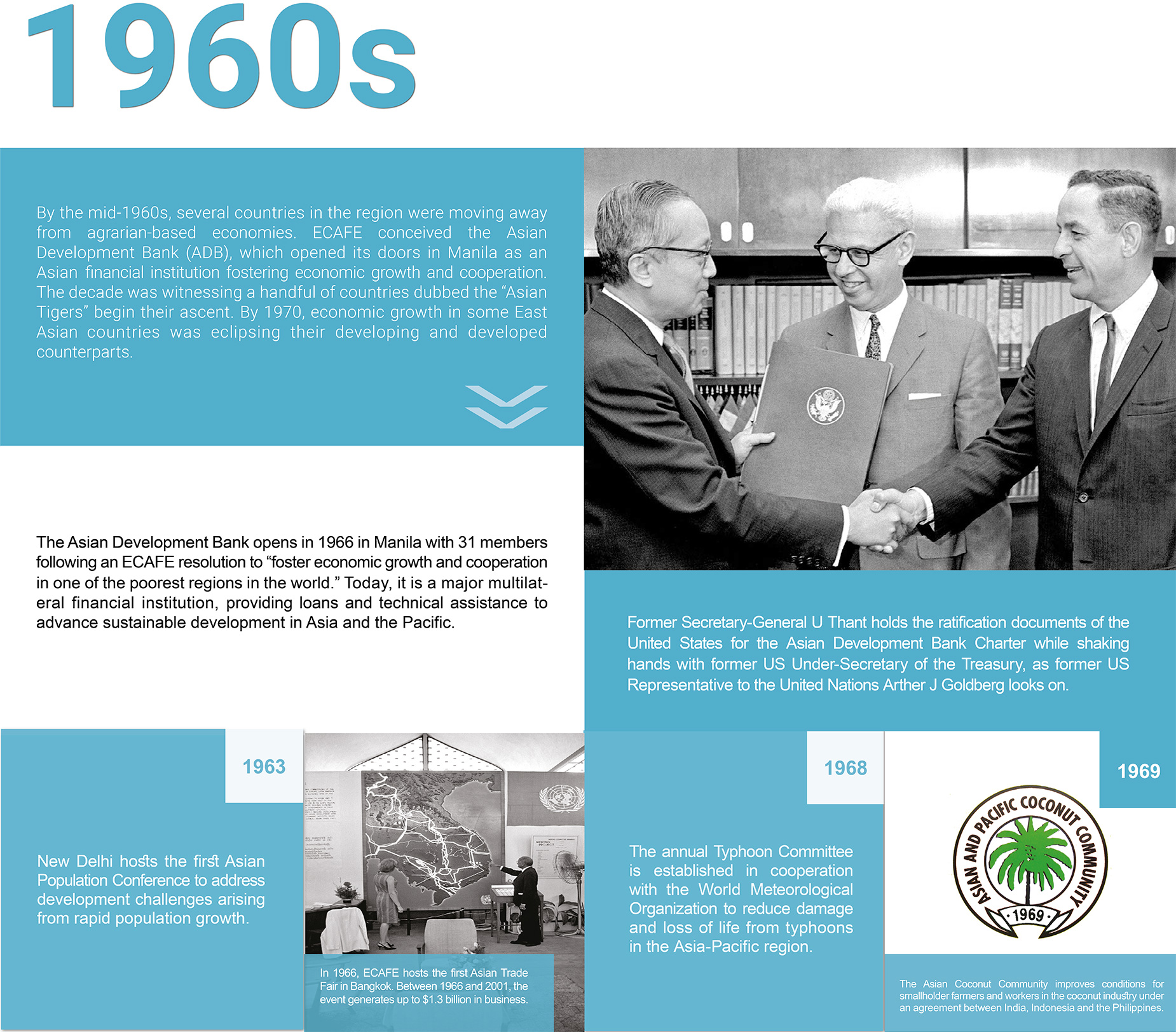 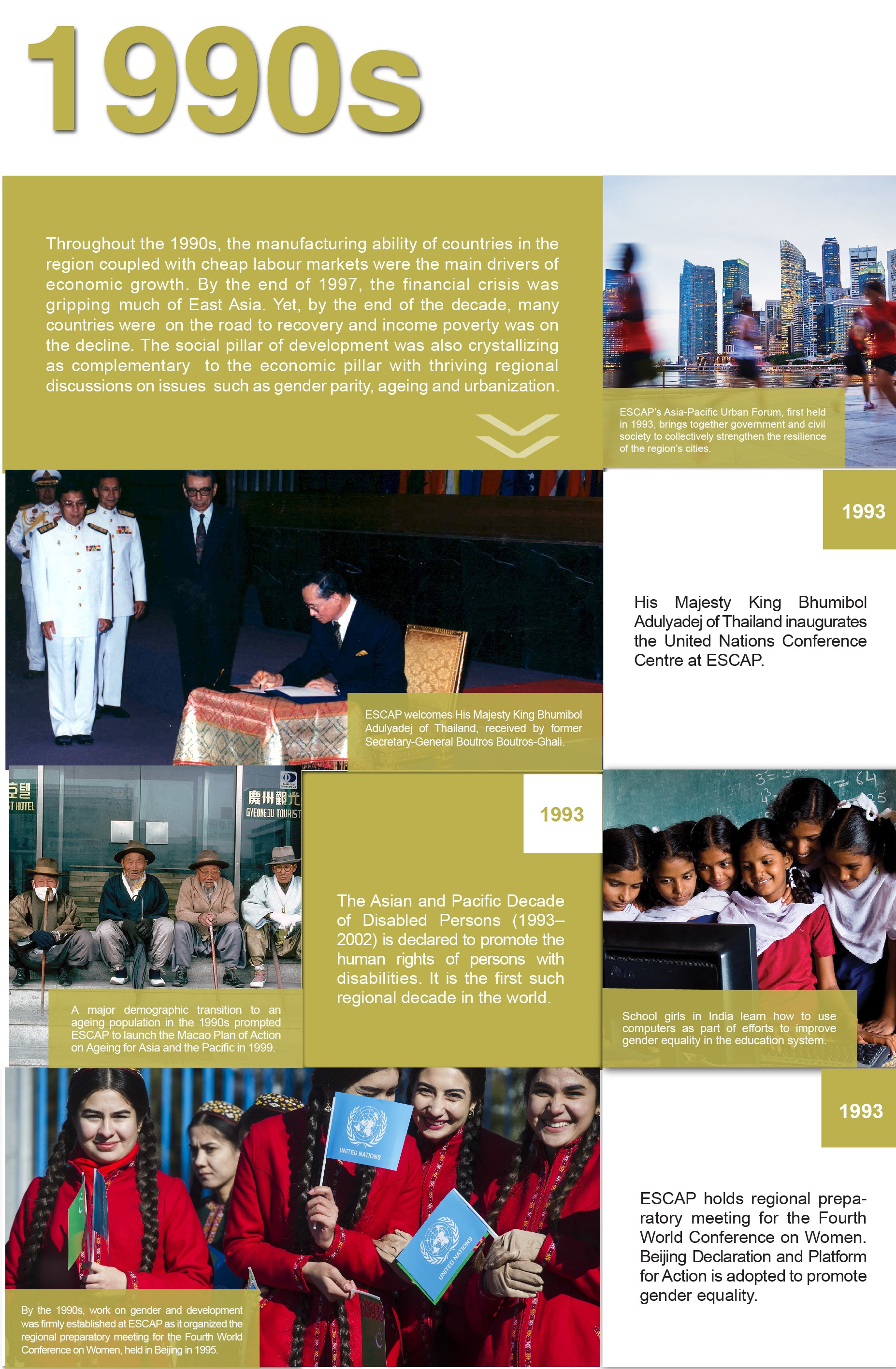