SIDE EVENT: The UN Model Chapter on Trade in Crisis Situations in Regional Trade Agreements

SIDE EVENT: The UN Model Chapter on Trade in Crisis Situations in Regional Trade Agreements

Third Ministerial Conference on Regional Economic Cooperation and Integration in Asia and the Pacific, Bangkok and online, 28–30 September 2022

The Covid-19 pandemic highlighted the limitations of existing trade rules in ensuring trade resilience during crises. There are two ways of including more specific and dedicated legal provisions in trade agreements to minimise the impacts from trade disruption in times of crisis: (1) amending existing chapters of trade agreements to incorporate such provisions, or (2) introducing a new and separate standalone chapter. In this side event, a model stand-alone chapter will be presented as a  template to be further tailored to meet specific needs of the Parties in actual trade agreements.

The model chapter is available at   https://www.unescap.org/kp/2022/model-chapter-trade-crisis-situations-regional-trade-agreements and the session will enable interaction with the main drafters to discuss ways forward. Related tools delivered as part of the UN Initiative on Model Provisions for Trade in Times of Crisis and Pandemic will also be presented. 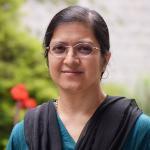 Rupa Chanda is the Director of Trade, Investment and Innovation. Prior to that, she was a Professor of Economics at IIM Bangalore and the Dean of Programmes at the institute. She has worked as an Economist at the IMF and briefly served as Head, UNESCAP Subregional Office for South and South-West Asia in New Delhi. Prof. Chanda received her PhD in Economics from Columbia University and her Bachelor’s from Harvard University. She teaches Macroeconomics and International Trade and has received teaching awards. Her research interests include the WTO, trade in services, regional integration and migration. She has undertaken research and professional assignments for international and Indian organizations and has published extensively in the form of books, journal articles, book chapters, and reports. She is active professionally as a research guide, reviewer, and member of several expert committees. She was member of the WHO’s Review Committee on the functioning of the International Health Regulations (2015-16) and  the WHO’s Expert Advisory Group, International Recruitment of Health Personnel (2019-20). 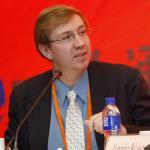 Mr. Yann Duval is currently Chief of Trade Policy and Facilitation at ESCAP, the regional branch of the United Nations Secretariat for Asia and the Pacific.

Over the past 15 years, Mr. Duval has conducted research and delivered technical assistance and advisory services on trade policy and facilitation throughout Asia and the Pacific, including on the WTO Trade Facilitation Agreement. He spearheaded the development of the Asia-Pacific Research and Training Network on Trade (ARTNeT), as well as the creation of the ESCAP-World Bank Trade Cost Database and the UN Global Survey on Trade Facilitation and Paperless Trade Implementation. Mr. Duval was also instrumental in the development of the United Nations Network of Experts for Paperless Trade and Transport in Asia and the Pacific (UNNExT) and the negotiation of a new intergovernmental Framework Agreement on Facilitation of Cross-Border Paperless Trade in Asia and the Pacific, adopted as a UN treaty in 2016.

Prior to joining the UN, He held faculty positions at the Asian Institute of Technology and Washington State University, USA. 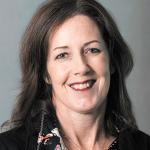 Tracey Epps is an international lawyer and trade policy consultant based in Wellington, New Zealand. She has extensive experience working in international trade and investment law and policy, including as a senior legal advisor and negotiator for the New Zealand Ministry of Foreign Affairs and Trade, and heading the International Trade Law Practice at Chapman Tripp, a leading New Zealand law firm. She has also worked as a management consultant with IBM Business Consulting in Canada. 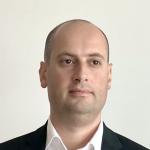 Mr. Janelidze has a demonstrated history of successful work in public, private and consulting sectors.

As Vice Prime Minister (2017-2018), Foreign Minister (2015-2018), Vice Minister of Economy and Chief Trade Negotiator (2011-2015) of Georgia, Mr. Janelidze contributed to Georgia’s economic development, its enhanced role in the region and unique trade integration with the largest regional and world economic powers. Mikheil led the process of negotiations and implementation of the deep and comprehensive FTA of Georgia with the EU. With the successful accomplishment of the EU integration related reforms, Georgia became the leader of the EU’s Eastern Partnership program and improved further its business environment. 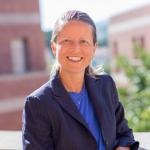 Kati Suominen is the Founder and CEO of Nextrade Group that helps governments, multilateral development banks, and Fortune 500 technology companies enable trade through technology. Nextrade's more than 50 clients include the World Bank, IFC, IDB, ADB, USAID, UK FCDO, Mastercard, Visa, Google, and eBay, among many others. Dr. Suominen has ideated and built dozens of data and analytical products and pilot initiatives as well as eight global initiatives and public-private-partnerships to enable digital trade - including, most recently, the Alliance for eTrade Development I and II between 14 leading companies and USAID to enable SME ecommerce in developing nations. She also serves as Adjunct Fellow at the Center for Strategic and International Studies (CSIS) and Adjunct Professor at UCLA Anderson School of Management. Earlier in her career, she served as Trade Economist at the Inter-American Development Bank and Fellow at the German Marshall Fund of the United States. Dr. Suominen is the author and editor of over 120 papers and 10 peer-reviewed books on trade, globalization and technology with leading academic presses, most recently Revolutionizing World Trade: How Disruptive Technologies Open Opportunities for All (Stanford University Press, 2019). She is a Life Member of the Council on Foreign Relations. PhD, University of California, San Diego; MBA, Wharton School of Business; MA Boston University. 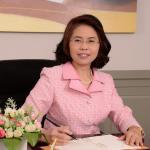 Kejpiroon started her career at the Department of Internal Trade, Ministry of Commerce in September 1989 as a Trade Officer.  In 1997, she transferred to the Office of the Permanent Secretary and was appointed a Commercial Counsellor to Office of Commercial Affairs, Washington, D.C. in 1998.

In March 2003, Kejpiroon returned from the United States of America and was assigned to support the Deputy Prime Minister trade team at the Office of the Prime Minister. Later in December she was transferred to the Department of Trade Negotiations to assume a position of Director for European Affairs under the Bureau of European, South Asian, Middle East and African Affairs.

In March 2014, Kejpiroon was assigned to Chair the ASEAN Expert Group on Competition (AEGC) on behalf of Thailand. She also led the Thai negotiating team to negotiate a Competition Chapter under Regional Comprehensive Economic Partnership (RCEP) Agreement.

During December 2014 – November 2015, she was assigned to the Bureau of America, Pacific and International Organization as Executive Director. Her responsibility involves American, Pacific, World Trade Organization, and APEC Affairs, including trade issues under other International Organizations. From November 2015 – December 2017, in her capacity as Executive Director of the Bureau of Trade in Services and Investment, she led her team in trade in services and investment negotiations in various regional FTAs.

In December 2017, she was promoted to be Deputy Director-General of the Department of Trade Negotiations. Recently, in September 2021, Kejpiroon has been appointed to a position of Commercial Advisor to the Ministry of Commerce of Thailand. 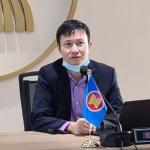 Manh Ha Phan is the experienced international consultant on trade and economic relations of the ASEAN-Dialogue Partners, and rules of origin customs and trade facilitation policies under ASEAN Plus 1 Free Trade Agreements (ASEAN +1 FTAs) and Regional Closer Economic Partnership (RCEP). He has delivered many consultancy services to UNCTAD, the ASEAN Secretariat on RCEP and ASEAN + 1 ROO.

Ha was the Senior Officer of the ASEAN from 2012 to 2021. During this time, he managed and coordinated ASEAN’s external economic relations, including consultations with ASEAN’s Dialogue Partners at the level of Senior Economic Officials (SEOM) and the ASEAN Economic Ministers (AEM) and relations with international economic organizations. He participated the RCEP negotiations since the starting date in 2013 till the end of the negotiations. Under the RCEP negotiations, he provided technical advice as well as the consultancy on the tariff elimination, ROO, CPTF and transparency enhancement on trade-related regulations between the participating countries to facilitate their engagement in global and regional supply chains.

Before that, Ha was the external trade specialist of the Ministry of Industry of Trade of Viet Nam. He was in charge of Viet Nam’s trade relation with the Asia- Pacific countries, in particular with Japan, Australia and New Zealand.