This workshop will provide insights regarding the conducting of feasibility studies on cross-border paperless trade. It will introduce a framework that could be used for carrying out such studies, and interim findings from studies that are being conducted. The sharing of lessons is expected to contribute to an enhanced understanding among participants on how feasibility studies can be utilized to identify opportunities, and move towards piloting and advancing implementation of cross-border paperless trade.

This workshop is organized back-to-back with the  First session of the Standing Committee of the Framework Agreement on Facilitation of Cross-border Paperless Trade in Asia and the Pacific | ESCAP (unescap.org) 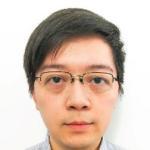 A trade facilitation and single window expert with over 20 years of experience, with a particular emphasis on customs modernization, integrated risk management, freight forwarding operation and strategic trade management. Aside from his engagement as UN ITC national lead on Integrated Risk Management and the Authorized Economic Operator (AEO) Program, he is the regional adviser of the USAID funded ASEAN Policy Implementation project assisting Cambodia, Indonesia, Laos, and the Philippines in complying with their ASEAN trade facilitation commitments. Further, he got engaged by the UN ESCAP as a consultant in developing the Cross-border Paperless Trade feasibility framework.

He has been involved in developing the Single Window platforms (regional and national) since 2005 when he worked as part of the of a small group of ASEAN Experts in crafting the ASW Technical Guide, which is annexed to the ASEAN Single Window (ASW) Protocol. In 2009, he led the Laos NSW roadmap development effort and helped draft the Vietnam NSW master plan. On other trade facilitation initiatives, he developed his expertise in implementing customs modernization projects and digitized licensing and permit processing with regulatory agencies during his twelve-year tenure with SGS Far East Ltd, Manila Liaison Office and the Bureau of Customs of the Philippines. 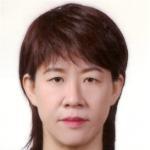 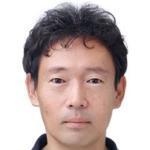 Sangwon Lim is Economic Affairs Officer, Trade Policy and Facilitation Section, Trade, Investment and Innovation Division of the United Nations ESCAP.  In ESCAP, he specializes in trade facilitation and integration. For trade facilitation, his area of expertise includes implementing paperless trade and Single Window; he has led development of several technical guides and implemented several field projects, based on those guides and his expertise. He has provided numerous advisory services and technical assistance in this area to several developing countries in the region, including Single Window implementation. For trade integration, he has performed the duty of main secretariat for the Asia-Pacific Trade Agreement (APTA). Before joining ESCAP in 2009, he had served the National IT Industry Promotion Agency (NIPA) of the Republic of Korea for more than 9 years, specializing in application of ICT in various public and private sector business domains, including international trade, Customs, value-added tax, logistics, public procurement, tourism, etc. He had supported international development of trade facilitation and e-business by actively participating in multiple regional and international platforms, such as Asia-Pacific Economic Cooperation (APEC), Asia-Pacific Council for Trade Facilitation and Electronic Business (AFACT), ebXML initiative, and United Nations Centre for Trade Facilitation and Electronic Business (UN/CEFACT).  He was the Rapporteur for the Asia and the Pacific in the UN/CEFACT from 2003 to 2009. He holds a Ph.D in logistics management from Chulalongkorn University, Thailand. At the national level Mr Khan has been working with the Government of India for about four decades at different levels on above referred areas. He has handled major national projects in Trade and Industry sectors, some of which includes Electronic Trade, Electronic Procurement, Electronic Intellectual Property, Net Banking, Secure National and International Transactions, Electronic Commerce Act etc. He was also Head of Trusted Third-Party/ Digital Signature setup of the country.

At the regional level, he is active as an expert for United Nations Cross border Paperless Trade initiative of United Nations Economic andSocial Commission for Asia and the Pacific. He is also a member of the advisory committee on United Nations Network of Experts on Paperless Trade and Transport for Asia and the Pacific (UNNExT). He has also the distinction of holding many other positions like UN/CEFACT Rapporteur for Asia, Chairman of Asia Pacific Council for Trade Facilitation and Electronic Business etc. 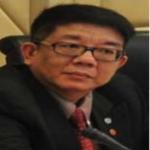