Increasing and evolving statistical demands in the face of limitations such as rising costs and declining response rates are significantly challenging census-taking. The COVID-19 pandemic is a sharp reminder that unanticipated events can disrupt field-based data collection at any time. As a response, National Statistical Offices (NSOs), globally and at a slower pace in Asia and the Pacific, are exploring the use of administrative data sources as one possible solution.

ESCAP recently released Emerging trends in census approaches in Asia and the Pacific, a report on the use of administrative data in censuses in the region for the 2020 census round. According to the report, 10 out of the 58 ESCAP member States and associate members were using administrative data sources in their census in various ways, with several other countries aiming to do so in their future censuses.

Fully register-based censuses are those in which no data is purposefully collected for the census. These have mainly been implemented in Scandinavian countries. However, no country in Asia and the Pacific has yet implemented such a census because either this is not a goal for them, or it cannot be achieved in the short to medium term.

The existence of quality administrative data is key

The availability of high-quality, relevant administrative data sources is critical for conducting a fully-registered or combined census. A population register, i.e., a central register where a core set of variables for each individual in a country are kept up-to-date, is often the most relevant data source. Another highly relevant data source is geo-referenced registers of addresses or dwellings. Furthermore, complementary sources on health, education, social security and employment issues, amongst others, may be integrated into census work. In the absence of a population register, a combination of other relevant administrative data sources that cover the majority of the population can be used.

Typically, the NSO is not the custodian of administrative data sources. Thus, close collaboration with respective authorities and NSO involvement in the establishment and further development of such registers can result in improvements and amendments facilitating the use of these data sources in official statistics in general and in census work in particular.

One promising approach is to combine administrative data with online census-taking. Respondents may find it less daunting to confirm or correct pre-filled information in an online questionnaire than to start from scratch. This approach, by reducing the need for field enumeration, saves costs. Additionally, it provides an opportunity to assess and improve existing administrative data.

Countries in Asia and the Pacific are currently at the tail end of the 2020 census round. Thus, it seems like a good time to take stock of where the region is and how to move forward to best prepare for the 2030 census round. Regional events such as the recent Asia-Pacific Stats Café Series: Emerging Trend – The Use of Administrative Data in Asia-Pacific Censuses are appropriate forums for sharing the experience and learning from one another.

Undoubtedly, the increased use of administrative data will change the face of census-taking in the region in the coming round. While this appears to be an appealing move for many countries, steps should be taken with caution to minimise any disruption in census results, which are one of the most important data sources for evidence-based decision making and planning in many countries. 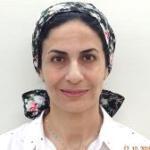