Getting around easier with smart public transit systems

For those in Seoul looking to avoid a frustrating commute home or needing transportation after a late night out, getting around is now much easier thanks to new “smart mobility” technology.

The South Korean capital is at the forefront in showing how big data technology can be used to address urban transport challenges. As the “control tower” of Seoul City’s transportation system, the Transport Operation and Information Service (TOPIS) delivers real-time and round-the-clock information with big data analysis to efficiently manage road and subway traffic.

TOPIS has successfully attracted more passengers to public transportation and has been replicated and localized in other cities across the world. Similarly, the “Night Owl Bus” service and the Ttareungyi public bike-sharing system are being implemented to improve limited public transportation coverage and reduce carbon emissions by utilizing big data technology to establish a radial transportation network and provide real-time availability.

North-East Asia has some of the world’s most densely inhabited cities with urbanization rates that are greater than the global average. It also accounts for more than a third of the world’s greenhouse gas (GHG) emissions. Efforts to reduce GHG emissions are critical in combating climate change, thus developing a low-carbon, resilient city is a crucial step toward meeting national and municipal mitigation targets while also assuring long-term economic development and higher living standards.

A recent study by ESCAP on urban congestion has sparked the development of guidance and traffic-flow systems like the one that takes travelers throughout Seoul. Building on its ongoing work on low-carbon city development, a recent report entitled Leveraging Science, Technology, and Innovation for Low carbon and Resilient Cities by ESCAP analyzes how cities in and beyond North-East Asia are designing low-carbon and resilient urban plans through science, technology and innovation in selected sectors. ESCAP is collaborating with regional institutions and city-based projects and programmes to provide technology solutions and new techniques. Urban planners might draw inspiration from the case studies in the report for projects which might apply to their own cities or towns.

In addition to developing smarter urban planning, transport and awareness raising of climate action through the adoption of modern information technology, ESCAP also looks at how cities are integrating micro-power sources such as rooftop solar and reducing their energy and water consumption through energy efficiency and water reuse projects, while delivering comfortable living in cities and reducing waste.

The path towards carbon neutrality and strengthening urban resilience is still paved with challenges. ESCAP is working closely with local governments and all stakeholders to promote the integrated development of urban areas, sharing the paths and options cities can take as they seek to develop and renew their environments towards achieving the 17 Sustainable Development Goals.

So next time you are in Seoul and want some late-night Tteokbokki (rice cake), but the nearest locations are closed, you can just check TOPIS and hop on the Night Owl bus to fill your craving in less than an hour. 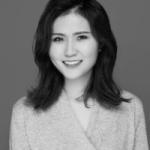 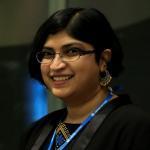