National Statistics Offices (NSOs) are facing ever-growing demands for timely and quality official data and statistics due to rapid technological developments and COVID-19. To meet these demands, NSOs are exploring other non-traditional sources of data, but at the same time, they need to maintain data quality, ethics, and privacy protection standards that align with the UN Fundamental Principles of Official Statistics. In pursuing this goal, they face several new challenges including building partnerships with private data holders, investing in new infrastructures and human resources, and updating data governance arrangements.

The UN Statistical Commission recognized the needs to address these challenges and established the UN Committee of Experts on Big Data and Data Science for Official Statistics (UN-CEBD) at its 45th session to facilitate coordinated efforts and explore innovative solutions. UN-CEBD has eight Tasks Teams including the Task Team on Big Data which is responsible for investigating the benefits and challenges of using big data for monitoring and reporting on SDGs.

UN-CEBD arranges annual International Conferences on Big Data and Data Science for Official Statistics and the latest Conference was held in Yogyakarta from 7th to 11th November 2022 with the theme of Global Challenges and the Importance of Relevant and Timely Data. Workshops on Earth Observation Data, AIS, Cell Phone Data, Data Scanner, Machine-Learning and Privacy-Preserving Techniques and UN Big Data and UN PET Lab hackathons also accompanied the main Conference. 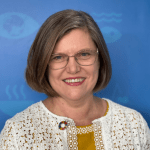 Ms. Beaven has over thirty years of experience in government statistics, in particular data preparation and analysis. She has also worked extensively with governments, multilateral agencies and the statistical community, most notably through the United Nations Statistics Division, ECA, ESCAP, World Bank and Paris21.

Prior to joining SD, Ms. Beaven led the Data for Development Team at the Foreign, Commonwealth and Development Office of the United Kingdom, where she managed a global portfolio of statistical programmes to build core statistics as well as helped countries modernize their statistical systems. She was also a leading advocate for financing for data and statistics.

Ms. Beaven has provided a wide range of technical support, from improving economic and financial statistics to estimating local population using geospatial data. She is one of the founders of the Inclusive Data Charter, launched at the 2018 High-Level Political Forum, to mobilize political commitments and to advance inclusive and disaggregated data. Ms. Beaven also led a programme on monitoring the Sustainable Development Goals with United Nations Statistics Division and established a data science hub with the Office for National Statistics of the United Kingdom to explore use of data science, in particular geospatial as well as big data, to monitor progress.

Ms. Beaven holds Master’s degrees in Statistical Applications in Business and Government as well as Business Administration, and a Bachelor’s degree in Geography and Geology. 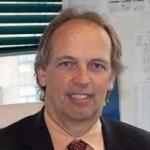 Ronald Jansen is Assistant Director of the United Nations Statistics Division in New York. He is responsible for the Division’s work on data innovation and statistical capacity management since 2018.

He joined the United Nations in June 1990 and worked for many years in the area of international trade statistics, covering trade in goods and trade in services. Over the last decade he led the initiative of the Division to better integrate international trade, business statistics and global value chain analysis.

In his current position, he supports the work of the UN Committee of Experts on Big Data and Data Science for Official Statistics, including support for the Regional Hubs for Big Data and the UN Global Platform. The platform is a collaborative environment for the global statistical community to share data, services, methods and expertise, and jointly execute data innovation projects.

His educational background is in Statistics and Psychology; he obtained a PhD in mathematical modelling of human information processing in May 1990.

Tanja Brøndsted Sejersen is a Statistician at the United Nations Economic and Social Commission for Asia and the Pacific (UNESCAP), Statistics Division, where she is the focal point for the regional initiative to ‘Get Every One in the Picture’. She has been engaged with Civil Registration and Vital Statistics improvement activities in Asia-Pacific since 2013, including ensuring government commitments to the outcomes of the Ministerial Conference on Civil Registration and Vital Statistics in Asia and the Pacific in November 2014.

Before joining ESCAP, Tanja worked as a social researcher in the UK and on social policy issues in the Middle East, more specifically on improving data for evidence based policy making.

Tanja is trained as a demographer and political scientist and is particularly interested in the intersections between identity, citizenship and social exclusion and the need to improve data for better development outcomes. 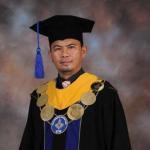 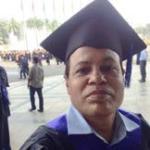 Chandra Shekhar Roy is working in the Bangladesh Bureau of Statistics (BBS), the NSO of this country since 1998. At present he is working as a data curator, maintenance of official statistical data, development of shared use system, and research and development of online data analysis system.

Mainframe data conversion like EBCDIC to ASCII. The Official Microdata Library makes all the metadata, supporting documents and reports available in common formats such as Microsoft Word & PDF. Census & Survey Metabase (Metadata + Database) for Big data analysis. Metadata is being prepared using DDI standards, Nesstar Publisher .This is the area where Big data and Data science activities are taking place.\

Longitudinal analysis for official statistics can be made by revisiting those historical data along with present data-set.

Recently his contribution on Data collection of Population and Housing Census -2022 has been conducted using CAPI in Android. 400,000 Bangladeshi Tablet was used for collecting Census data by the local enumerators across the country. Preliminary report already been published in BBS website. 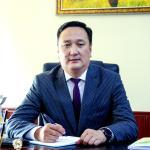 He has years of experience working in both Mongolia and Japan namely: 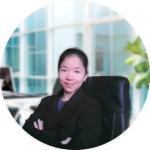 Huyen (Quinn) is currently an Associate Program Officer at UN Climate Change, based in Bonn, Germany working on matters relating to Greenhouse Gas data. Previously, she has had experiences with many international organizations, including being a member of the GIS team at UNOICT/ UNDSS, a data analyst at UNOPS and IFC-World Bank Group, and a data consultant at UNESCAP. Within these organizations, she has engaged in various projects relating to ICT, data analysis, reporting and data visualization using a wide range of programming languages and tools. She was also a tax analyst at Deloitte Vietnam and had completed her Master in Economics at La Sapienza Università di Roma in Rome, Italy.