The world is in lockdown, but tropical cyclones are not

How do we weather a destructive tropical cyclone during a pandemic? A province in northern Philippines offers some practical pointers.

Despite being battered by some of the strongest typhoons, Albay, a province of 1.5 million people, has not seen a single disaster-related death in three decades except during a double typhoon disaster in 2006.

Two weeks ago, Albay’s capacity to uphold its “zero-casualty” disaster policy was tested again as the first typhoon of the year in the western Pacific made landfall while the COVID-19 pandemic raged in full force.

Veteran emergency managers in Albay had tackled almost every imaginable disaster combinations, including a violent mudflow that resulted from heavy rains brought by Typhoon Reming, which struck the province immediately after a major volcanic eruption. But a typhoon during a pandemic- involving a highly contagious virus at that – was unprecedented.

The odds were horrifying: Rapid evacuation of as many as half a million people has been a mainstay of Albay’s zero-casualty approach. But the evacuation centres are being used as COVID-19 quarantine facilities for more than a thousand suspected COVID-19 cases. Enforcing physical distancing amongst evacuees meant that the holding capacity of the centres was altogether reduced by 50 per cent. The speed by which evacuation could be carried out was also reduced by as much.

On 12 May, 48 hours before the typhoon - named Vongfong (locally known as Ambo) - was due to make a landfall, Albay implemented measures based on a complex emergency scenario that involved both weather and biological hazards. Local disaster management councils executed long-standing emergency procedures in conjunction with recently-introduced COVID-19 protocols.

Thirty-six hours before landfall, local authorities had completed all arrangements for evacuation, including putting in place additional water and sanitation facilities, and isolation rooms for the sick (not of COVID-19) in each evacuation centre, as required by the COVID-19 protocols.

On 14 May, 191,116 people were evacuated 12 hours before landfall. While Albay dodged the eye of the typhoon this time, Vongfong was a formidable threat - it maintained its destructive potential at landfall with a wind speed of 155 km per hour and gusts of 255 km per hour, and brought torrential rains.

Albay succeeded in keeping its zero-casualty record while also preventing the spread of the virus. Physical distancing was strictly observed in the evacuation centres. First responders and evacuees all wore face masks. Information from PAGASA, the national meteorological agency, was considered every six hours to adjust strategies on the ground. As a result, no one was kept in the evacuation centres any minute longer than necessary.

Gearing up for future tropical cyclones

With the possibility that COVID-19 will persist into the foreseeable future, Albay is not out of the woods yet. The same is true for several highly dense places across Asia. The Asia-Pacific Disaster Report 2019 notes that while deaths due to tropical cyclones has decreased over the decades, the potential for large human casualty remains high.

Amid the current pandemic, we think three areas of action are urgent more than ever:

Update emergency plans based on dynamic disaster risk assessment: People do not experience disasters in isolation. But the disaster plans in many places deal with individual disaster scenarios. And these plans may have not accounted for a highly contagious virus happening at the same time.

The consequence of not doing a full accounting of how concurrent disaster risks could manifest over time is not trivial. It could lead to under-estimating medical caseloads, for example or to under-resourcing. (Here ESCAP and RIMES explain the concept of dynamic risk assessment).

Surge capacity for rare tropical cyclones: Tropical cyclones do not always behave according to historical expectations. They could strike new areas; or change their track, timing, and characteristics in unprecedented ways.

These rare tropical cyclones present a challenge especially to jurisdictions that have limited institutional experiences to draw from. Through the Asia-Pacific Disaster Resilience Network, ESCAP and partners are promoting the use of early warning to reduce surprises. The remaining uncertainties can be mitigated by organizing to scale response and resources to match the scale of the emergency.

Make sheltering in place safe: Evacuation is disruptive. And having to literally pick up the pieces after every typhoon takes a toll on human development.

COVID-19 has stressed the importance of sheltering in place. But this had not been possible for many poor households because their houses are not storm-worthy and are often built in areas predisposed to secondary impacts, such as storm surges, flash floods and landslides. COVID-19 recovery packages could help poor people build resilient houses in safe locations.

Vongfong is just the first of the 20 or so typhoons that could strike the Philippines any time of the year. The Bay of Bengal had a devastating start to the cyclone season as we had seen last week, while the Atlantic hurricane season is predicted to be more active than normal.

As societies prepare for the long-road ahead, we hope that Albay’s recent experience shows that the task is really straightforward. But jurisdictions which have not invested in building their capacities in the past need to quickly make up for the lost time. 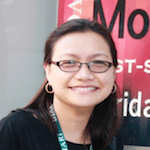 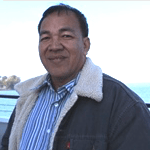 Transitioning from risk to resilience with SDG localization

Achieving the SDGs in extraordinary times