We, not me: building a fairer future

Even as Asia and the Pacific continues to be the fastest growing region in the world, economic growth has been slowing since the 2008 global financial crisis. Add the COVID-19 pandemic to the mix, and it becomes obvious why the issue of inequality has been put in the spotlight of macroeconomic policies. The Asia-Pacific region is home to 1.3 billion informal workers, comprising 65 per cent of the world’s informally employed, most of whom do not have access to any form of social security. This leaves the region extremely exposed to the social impacts from economic downturns and shocks. ESCAP estimates suggest that the pandemic has pushed an additional 89 million people back into extreme poverty, further adding to the existing vulnerability. Thus, building resilience to these shocks is now not just an economic imperative but also a political one.

To probe further on how new economic thinking can help solve the age-old problem of inequality, ESCAP organized an expert group meeting (EGM), Building Forward Fairer –Economic Policies for an Inclusive Recovery and Development, from 1 to 3 December. The meeting brought together over 30 policymakers, experts and leading academics from around the world. The outcome of the discussions will inform the Economic and Social Survey of Asia and the Pacific 2022 focused on building resilient and more inclusive economies, to be published in March 2022.

As the experts discussed the multifaceted nature of inequality and its policy implications, there was broad consensus on a few issues:

As global forces are compelling us to rethink our development paradigm, inclusion has to be at the center because its absence hurts everyone’s long-term prospects. We also need to think more holistically as economic inequality is shaped by many factors and can be affected by both redistributive and pre-distribution policies. Such an approach calls for a whole-of-government approach, keeping people at the center of policymaking. As Minouche Shafik, the keynote speaker at the EGM put it – “we need to think of a new social contract which is less about me and more about we.”

Stay tuned for the 2022 Economic and Social Survey of Asia and the Pacific, which will be launched in March 2022. 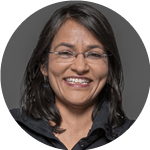 Promoting inclusive businesses: ensuring farmers are not left behind