The rise of the digital economy and tech-driven inequality : Can the tech revolution be an equaliser instead?

Back in 2015, the member-states of the United Nations adopted its most ambitious, all-encompassing agenda ever attempted: To guide the advancement of humankind for the next 15 years.

Collectively known as the 2030 Agenda for Sustainable Development, the agreements called on all countries to positively advance economies, societies and the environment. An overarching principle of these agreements was to “leave no one behind”. However, currently in the Asia-Pacific region, we are. Inequality is on the rise.

THE RISE OF INEQUALITY IN THE ASIA-PACIFIC

Since the early 1990s, the Asia-Pacific region has experienced a tremendous socio-economic transformation, facilitated by strong and sustained economic growth. Unfortunately, the gains from this remarkable performance have not always benefited those most in need.

The region’s combined income inequality, measured by the Gini coefficient, has increased by over 5 percentage points in the last 20 years. Income inequality has grown in almost 40 per cent of all countries.

CAN TECHNOLOGY HELP TO BRIDGE INEQUALITY?

Could technology be part of the solution? In 2015 the answer was emphatically yes. Back then, technology was heralded as key accelerator to meet the ambitions of the Sustainable Development Goals.As the Fourth Industrial Revolution progresses, technologies - such as AI, robotics, 3D printing, and the Internet of Things - are reshaping our economies, societies and the environment.

Digital trade and finance are opening economic opportunities through financial inclusion. For example, innovations such as Aadhaar - the digital identification system in India - have enabled the financial inclusion of 1.2 billion people. From a social perspective, digital healthcare and education are providing cost-effective solutions to people in rural communities. However, the wave of optimism surrounding the transformative potential of frontier technologies has been tempered by increasing concerns about potential negative impact, the future of work being the one gaining most attention.

As the Chief of Technology and Innovation at the United Nations Economic and Social Commission for Asia and the Pacific, my role is to provide policy advice to governments on what they should do. To many whom I meet, government and innovation is somewhat of an oxymoron. However, history has shown us that the state is more entrepreneurial than we think.

The economist Marianna Mazzucato brought this to light when analysing Apple’s iPhone and Google’s search engine. Both these innovations benefited from state intervention. For the iPhone, many of the technologies – such as GPS, the touchscreen, and Siri – were funded by the US government. Equally for Google, the creation of its algorithm was funded by the National Science Foundation. And, of course, there’s the Internet, another government funded technology, which backs up both these products.

However, in Asia, the current technological revolution is accelerating at an exponential pace, fuelled by private sector investment, particularly from the tech titans. Will these companies protect workers likely to be displaced by more productive machines? Will they develop cost-effective technologies for the very poorest people to benefit? In a market system where maximising shareholder wealth is king, the answer is maybe not. So, what could governments do to manage this technological transition?

SOME GOVERNMENTS ARE TAKING ACTION AGAINST TECH-DRIVEN INEQUALITY

Already we are seeing bold, innovative and practical policy responses to this challenge. In Bangladesh, the government has committed to embracing this new direction and has made digitisation a national priority. The government has also called for greater digital skills development of the youth to ensure their employability in any industry. The Government of Singapore offers adults personal SkillsFuture credit accounts which they can use to buy training. It also uses a mix of grant programmes and tax incentives to encourage firms to invest more in low-wage workers, those most at risk from technological job displacement.

Governments in the region are also strengthening their social protection systems to protect the workers that are vulnerable to job loss.In my mind, the biggest innovation that could mitigate tech-driven inequality happens when businesses ingrain social purpose and inclusion into the heart of their business models alongside profit objectives.

Governments in Asia have been at the forefront of policy development on this agenda. As examples, the Social Enterprise Act in Thailand provides support to enterprises with a core social objective, while in the Philippines, an inclusive business accreditation system has been developed – the first of its kind in the world - which provides tax incentives to business that provide valuable goods and services at affordable prices to poor and low-income people.

AN EVOLUTION IN THOUGHT

While it is still too early to assess the impact of these policies, it is encouraging to see governments innovating in this space.As to whether these policies will move the needle in terms of transitioning from traditional to more inclusive and “impactful” economies, only time will tell. It’s important to note that economies are only at the start of this impact journey. As the Fourth Industrial Revolution evolves, the number and power of tech companies will inevitably increase.

As we enter the Decade of Action to achieve the Sustainable Development Goals, policies that incentivise them to do good as well as do well, and put inclusion at the heart of their business models, may just be an evolution in thought, but could be the revolution in impact we need, as we strive to mitigate the potential inequalities that technology could exacerbate. 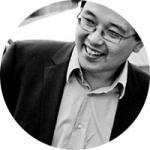