The planet is the only limit 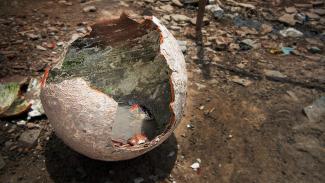 Is the current economic growth ‘purposeful”? And how do we define ‘purposefulness’?

While this may seem a profound philosophical query, there is no questioning that growth that undermines planetary survival cannot be purposeful.

The Asia-Pacific region has grown at a tremendous rate in the last two decades, contributing to 60 per cent of global growth. But this has come at a high cost of rising inequality and deteriorating environment. The larger question facing the region home to 4 out of 7 people in the world, 5 out of 10 countries most vulnerable to climate change and 97 out of 100 most air polluted cities is: Are there trade-offs between economic growth and environmental health?

From October 17 to18, 2019, representatives from academia, the private sector, governments and central banks gathered at the ESCAP conference titled “Living within our Planetary Limits” to discuss how economic development can coexist with planetary restraints, provided ample evidence that all stakeholders now realize that business-as-usual is no longer good for society or for profits.

Traditional economic theory postulates that producers maximize profits and consumers maximize utilities, subject to budgetary constraints. However, both now face a larger constraint from nature. A paradigm that emphasizes maximizing short-term economic growth has failed us. It has become clear that we cannot go on living the way we do and need to find the will to bring about the changes needed towards profitability that respects planetary limits. As the UN Environment-led platform One Planet Network steering Sustainable Development Goal (SDG) 12: Sustainable Consumption and Production made it clear at the conference, “It is no longer about the environment; waste and pollution are threatening the economy.” Additionally, Professor Jeffrey Sachs of Columbia University told the conference, “Profit should not come from dirty polluting industries...but from business within planetary boundaries.”

To begin with, we have to recognize the need for an equitable distribution of planetary responsibilities. It was pointed out that growth rates in emerging and other developing economies must be “balanced by absolute reductions in resource use in developed countries.”

This is no longer only a moral imperative. Ecological footprint data show that if everyone on the planet consumes as much resources as the average North American or European, we would need 3-5 planetary Earths to meet this demand.

A ‘purposeful’ world where all stakeholders recognize the finiteness of planetary limits is achievable if there is a convergence of top-down and bottom-up approaches towards this goal. Stay tuned for the launch of the 2020 edition of the ESCAP flagship Economic and Social Survey of Asia and the Pacific which will explore and indicate the way forward if we are to align our economic ambitions with Earthly realities! 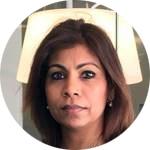 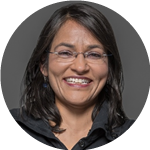 Where are we going? Geospatial information for sustainable development 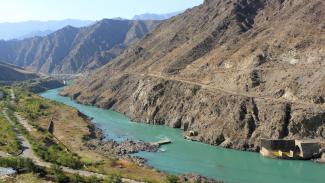 Agriculture water use in North and Central Asia