Why embracing Yoga is key to sustainable living 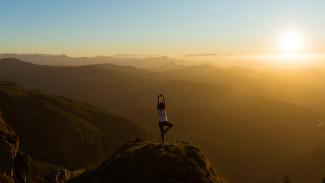 The Sustainable Development Goals have been crafted in the most participatory way ever for a global document, as a result of countless hours of consultations involving governments, civil society, the private sector, academia and the views of millions of citizens from different walks of life.

The resulting document is intended to be universal, applying to developed and developing countries alike, embodying a “universally shared common global vision of progress towards a safe, just and sustainable space for all human beings to thrive on the planet”. In comparison with the preceding Millennium Development Goals, a stronger emphasis is placed on partnership, community mobilization and ownership at all levels, including based on Goal 17 (Partnerships for the Goals), and the engagement of non-state actors and ‘‘beneficiaries’ brought into the process as partners and ideally, change agents.

Five years into the Goals’ implementation, the onus is still very much on unpacking, contextualizing, nationalizing, localizing, vertically and horizontally integrating, and translating the ambitious set of Goals through different and empowered layers of administration and decision-making.

At the heart of the agenda, is a comprehensive perspective on development and sustaining human life, based on an understanding that environment, economy and society are embedded, interdependent systems and not competing pillars, with the environment being the base that underpins all other goals.

One underlying message of the cross-cutting goals, the vision behind this inclusive and interconnected agenda, is also one of our shared humanity, indivisibility, interdependence and interrelatedness. This implicit and essential message however might elude some in the development sphere.

As a yoga meditation practitioner since my teenage years, one missing link in my view is the immediate and living experience of our unity, in other words, the deep experience of the state of yoga, literally ‘union’ in Sanskrit, derived from the root ‘yuj’ ‘to join’ or ‘yoke’.

A central element of the yogic philosophy, apart from enhancing the sense of oneness, unity (with yourSelf, the world and nature), is the understanding of one’s interdependence with other humans within a fragile ecosystem, living as an integral part of a larger circle of life, in a harmonious co-existence and symbiotic relationship with the environment.

While facilitating an elevation and expansion of one’s consciousness, removing artificial barriers and enhancing positive psychology, the yogic system of thought encourages respect for the ecological balance and deepens environmental consciousness, promoting inner peace and contentment.

When seeking ways to promote and adopt sustainable habits and lifestyles, the practice of yoga may hold some precious keys to that elusive personal and individual trigger to help overcome what many environmentalists consider to be unsustainable and harmful behaviours; greed, selfishness, apathy, and our insatiable obsession with matter.

In doing so, a range of other benefits commonly unfold boosting overall well-being and health, including mental health -- particularly put to the test during the pandemic and its aftermath.

Recognizing the ‘universal appeal’ of yoga, its holistic approach to health and well-being, General Assembly resolution 69/131 endorsed by a record 175 countries in Dec. 2014, proclaimed 21 June as the International Day of Yoga.

So during these trying times more than ever, allow me to wish us all a happy International Day of Yoga, today and every other day!

May the yogic consciousness, love for mankind and the earth permeate through each and every one and may that yogic lifestyle “devoid of excesses of all kinds” be ours to master and adopt. 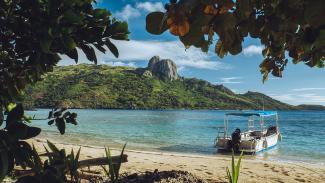 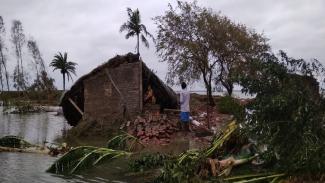 Time and tide wait for no man 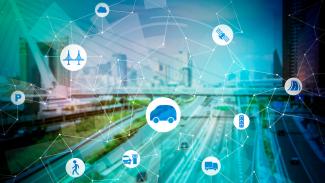