Early warning for all: Saving lives in Asia and the Pacific

When the 2004 Indian Ocean Tsunami claimed the lives of 230,000 people in a matter of hours, the world realized the gap in preparedness in absence of effective early warning. It was this shared experience of devastation that gave rise a region-wide commitment for tsunami preparedness.

Following a groundbreaking grant from the Government of Thailand, the ESCAP Trust Fund for Tsunami, Disaster and Climate Preparedness was established. Having mobilized over US$16 million from the contributions of eleven countries, the Trust Fund has enabled enhanced early warning capacities of countries in Asia and the Pacific.

Sixteen years on, the UN Secretary-General has renewed his call for universal early warning system coverage within five years in order to save lives and livelihoods, stating that “One out of three persons globally, primarily in Small Island Developing States (SIDS) and Least Developed Countries (LDCs)… lack access to effective early warning systems”.

The call for ‘Early Warning for All’ is critical in Asia and the Pacific, the world’s most disaster-prone region. Between 1970 and 2020, disasters in the region affected 6.9 billion people and killed more than 2 million, that is 41,373 lives per year, one life every 13 minutes.

A person living in the Asia-Pacific region is 5 times more likely to be affected by disasters than a person living outside the region. Access to impact-based and risk-informed multi-hazard early warning is a life saver.

Global warming is propelling climatic extremes, heatwaves, floods, droughts, and tropical cyclones at unprecedented scale. The difference between 1.5 and 2 degrees of warming is substantial: every fraction of a degree translates into increased risks particularly in the most vulnerable contexts of Asia and the Pacific. ESCAP analysis shows that under all climate-change scenarios, and in-comparison to global averages, Asia and the Pacific will be most impacted and new hotspots of exposure and vulnerability to climate-induced, cascading multi-hazards will be created. ‘Early warning for All’ will therefore be critical to the adaptation and resilience pathways to accelerate climate action in the region.

Taking stock of the current state of early warning systems shows that the region is not the same as that which faced the catastrophic 2004 Tsunami. According to the Sendai Framework Monitor, countries with multi-hazard early warning systems in Asia and the Pacific have increased from only 25 per cent in 2015 to 60 per cent in 2022 (of those who reported). This significant improvement should be attributed to the commitment of leaders to strengthen cooperation on disaster preparedness.

With the key partners including ESCAP, WMO has outlined transformation plans for the early warning value chain (see Figure below) to deliver on the five-year goal, across the global, regional, national and local levels. The development of the plan to address the technical/scientific, financial and political tracks is challenging especially in high risk LDCs and SIDS of Asia and the Pacific.

As we commemorate #EarlyWarningForAll this International Day for Disaster Risk Reduction, and in the lead up to WMO’s presentation of this five-year EW4All plan at COP27 next month in Egypt, let us recognize that some of the foundations of EWS was already developed in Asia and the Pacific. However, there remains a substantial gap to be filled with the vision that no at-risk community is left behind.

Strengthening multi-hazard early warning systems for all people, with a focus on communities who are most at risk is the first strategic pillar of the ESCAP Trust Fund. Out of $16 million invested, 44 per cent has been dedicated to early warning systems; 25 per cent to communication; 19 per cent to risk knowledge and 12 per cent percent to response and common alert protocols. Through these investments, the Trust Fund has promoted innovative pilot initiatives, scaled up successful early warning systems and facilitated regional cooperation, directly benefiting 20 countries, most of them being the LDCs and SIDs. The ESCAP Trust Fund has resulted in some major impacts including:

We cannot underestimate the critical role that early warning systems in protecting lives and livelihoods at-risk from disasters.

Therefore, any work to progress on developing early warning systems should primarily be people centred. The ‘last mile’ is also critical to ensuring the success of any warning system or preparedness measure.

We must not hesitate in the race towards early warning for all in Asia and the Pacific. 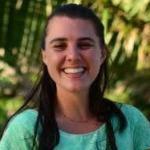