The Asia-Pacific region is no stranger to extreme shocks and events, from the 1997 Asian financial crisis, the 2003 SARS outbreak, the 2004 Indian Ocean earthquake, the 2015 Nepal earthquake, the 2018 Cyclone Gita , to the 2020 Taal volcano eruption. At present, the COVID-19 pandemic is the latest and probably the most devastating in a long line of varied disasters impacting the region. Of course, the coronavirus shock will eventually fade, as did Ebola, Zika, and SARS viruses, but the next devastating disaster will not be a matter of ‘if’ but ‘when’.

The pandemic has highlighted the criticality of regional infrastructure in facilitating the smooth provision of transport, connectivity and utility services. Amidst an era of multiple risks and uncertainties, is the region’s infrastructure ready to bear the burden of the next disaster? Climate change, in particular, still looms as one the biggest threats to the region. A recent New York Times article noted “Climate change can exacerbate the risk associated with viruses and diseases like influenza in general.” Last year, Japan for example, suffered unprecedented heatwaves resulting in nearly 20,000 hospitalizations. Can our critical infrastructure cope if the next pandemic overlaps with the increasing frequency of climate change-fueled disasters?

The Asian Development Bank (ADB) notes that critical infrastructure in the region remains far from adequate in many countries, despite the rapid economic growth and development the region has experienced over the past decade. ESCAP’s 2019 Economic and Social Survey of Asia and the Pacific highlights that making infrastructure resilient to multiple disasters and climate change will require an additional investment of $434 billion per year. This sum may need to be even greater in some subregions such as the Pacific small island developing States (SIDS).

Climate-related disasters have already caused significant damage and loss to infrastructure. The 2019 Asia-Pacific Disaster Report (APDR) highlights that 28 per cent of energy, 30 per cent of transport, and 34 per cent of ICT infrastructure are exposed to multiple hazards. In this era of increasing and potentially overlapping risks, countries and cities have no choice but to invest more in strategic resilient development rather than solely on reactive recovery efforts.

How, then, does the region build a more risk-informed infrastructure system?

The solution lies in gaining a deeper understanding of multiple and intersectional risks. One of the primary barriers to long term infrastructure resilience is understating the multiple risks associated with climate and other disasters. By understating these risks, resilience itself becomes fundamentally undervalued. However, assessing the impacts of climate-related or other novel disasters are tricky because the past is not a good indicator of future hazards.

Additionally, the infrastructure sector challenges decision makers in multiple ways; first because of the magnitude of investments; second because decisions taken in the present need to be sustainable; and third because of the criticality of infrastructure to the surrounding social and economic communities. What we currently need therefore, are assessments and metrics highlighting the overlaps of multiple risks and vulnerabilities.

The ‘Average Annual Loss’ (AAL) is one such metric. Currently, AAL captures the economic and social ‘riskscape’ of a location only from natural disasters. First estimated by the UNDRR Global Assessment Report in 2015, AAL estimates were revised in the 2019 APDR with the addition of losses from climate-related disasters. However, the losses may still be underestimated if impacts from other disasters like COVID-19 are not considered. Of course, there are methodological challenges that need to be overcome with calculation of each additional risk. However, metrics like AAL can support rapid decision-making by giving policymakers an estimated amount that should be set aside by a country annually to cover its disaster losses in the long run.

If used consistently, the AAL metric can help policymakers:

While the metric currently is standardized at the national level, ESCAP recently piloted a downscaled version of the metric at the provincial level in several Central Asian countries. Downscaling the losses can have wider applications for local planning and can be used to design robust resilience plans based on the adaptive capacity of each province.

Integrating these tools into long-term development planning will need the full strength of regional and south-south cooperation. The Global Coalition for Disaster-Resilient Infrastructure led by India is a good example of developed and developing countries in the region building synergies to reach the goal of disaster-resilient infrastructure. Ultimately, moving toward a holistic approach of building risk-informed infrastructure that considers a wide range of shocks and stresses will strengthen the region’s infrastructure and serve the people depending on it. 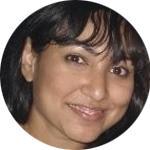