In 2022, the early onset of heatwaves in South Asia was a unique example of compounding and cascading risks in this interconnected world. Heatwaves that struck India early this year coincided with the critical milking/grain filling stage of wheat crop in mid-March. Consequently, India’s wheat yields were down by 10 per cent to 15 per cent, with the forecasted 2022-23 production dropping from 110 to 99 million tonnes. Food security risks and the sudden spike in global wheat prices due to a shortage in supplies led the Indian government to ban wheat exports to a large extent, with some exceptions to neighboring countries and to support countries to supplement their domestic food security policies. Furthermore, the conflict between Russia and Ukraine has also disrupted wheat exports from the Black Sea region.

The UN Intergovernmental Panel on Climate Change (IPCC) Report (2021/2022) highlights that multiple and interacting climatic and non-climatic risks are compounding and cascading across sectors and regions. Weather and climate extremes are also causing transboundary economic and social impacts due to interconnected supply chains, markets and natural resource flows.

Adaptation planning and implementation is picking up pace worldwide. However, these measures are predominantly targeted towards near term risks, focused on planning rather than implementation, small in scale, fragmented and sector specific. The recent Adaptation Gap Report 2021 published by UNEP highlights that substantial gaps exist between current adaptation investments and those needed to effectively respond to climate risks and impacts. Estimated adaptation costs in developing countries are five to ten times greater than current international public adaptation finance flows. This adaptation finance gap is widening. A review of updated Nationally Determined Contributions (NDCs) and National Adaptation Plans (NAPs) reveal that the four key sectors namely agriculture, infrastructure, water and disaster risk management make up three-quarters of the quantified adaptation finance needs.

Indeed, the effectiveness of adaptation measures are also set to be impacted due to the rapid increase in temperatures. Presently, within the soft limits, integrated, risk informed, and multi-sectoral adaptation solutions provide wide-ranging benefits. However, with increasing temperature many natural adaptation systems are nearing the hard limits of their natural adaptation capacity and more will reach this limit with the increasing global warming. Above 1.5°C global warming, some ecosystem-based adaptation measures will reach their hard limits thereby losing their effectiveness in providing benefits to people.

In the above context, transformative adaptation is an effective and sustainable way to reduce the climate risk.  Considering the soft and hard limits, adaptation measures also must be innovative in order to address the emerging compounding and cascading risks. Following the recent IPCC Report, ESCAP downscaled the global models of warming to the Asia and Pacific and its subregions. The Asia-Pacific Riskscape @ 1.5°C: Subregional Pathways for Adaptation and Resilience report was launched on 25 May 2022 and presents the results of this modeling study. The report calls for a transformative adaptation agenda in the riskier region.

ESCAP analysis shows that under all climate-change scenarios, and in-comparison to global averages, Asia and the Pacific will be most impacted by heavy precipitation, followed by agricultural drought, hot temperatures/heatwaves, and warming winds with intensifying tropical cyclones. Further, the report highlights how each ESCAP subregion will be impacted in medium to long-term climate scenarios, and where new hotspots of exposure and vulnerability to climate-induced, cascading multi-hazard scenarios will be created. This analysis brings out important details as the global and regional analysis often masks sub-regional specificities.

Further, understanding transboundary risks and adaptation priorities need to factor in the NDC, NAP, sectoral adaptation plans, National Disaster Risk Reduction strategies and Voluntary National Review. In this regard, ESCAP’s Risk and Resilience Portal with adaptation priorities vis-à-vis climate risk profiles of 56 member and associate members of ESCAP is an important initiative that contributes to addressing adaptation gaps in Asia and the Pacific.

Note: The lead authors were supported by Armita Behboodi, Rahul Kumar Suman, Akash Shrivastav and Shashwat Avi from the Disaster Risk Reduction Section, IDD, ESCAP in the preparation and research for this piece. 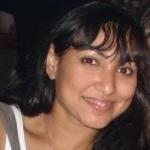