The recently released IPCC report ‘Climate Change 2022 Impacts, Adaptation and Vulnerability’ published in February 2022 makes it abundantly clear that we must accelerate efforts to decarbonize our economies to avoid irreparable damage to our climate. The power and transport sectors together accounted for more than two thirds of CO2 emissions in 2019. Decarbonizing the power sector and electrifying transport are therefore two key tools in the fight to combat climate change.

According to the International Renewable Energy Agency (IRENA) more than USD one trillion of annual investment in renewables is needed until 2030 to achieve sustainability targets. The IEA makes similarly staggering projections of investment needs, and in particular notes that the main areas of investment in the power sector are renewable generation and networks, as can be seen in the figure below. The Asia-Pacific region is home to several of the largest energy consuming countries in the world, in particular China, India, Japan, and the Russian Federation. As such, the region is the heart of the energy transition. At the same time, government finances are in many cases strained due to the impact of the global health crisis of the COVID-19 pandemic as well as rising fuel and food costs due to the impacts of the crisis in Ukraine. Governments, which always face competing investment needs across many economic sectors (for example, healthcare, education, and infrastructure, including for energy), must now address multiple parallel challenges with fewer available resources.

In this context, governments may see grids – which are capital intensive projects that are long to develop and often unpopular – as a lower priority. However, in the context of the energy transition, grids are fundamentally important. Transmission infrastructure is necessary to enable the secure and cost-effective integration of variable renewable energy resources like wind and solar PV.

To accelerate investment in transmission infrastructure, including both national and cross-border grids, governments have the opportunity to open the sector to participation from private investors.

In fact, several countries in the Asia-Pacific region have already done this. As an example, India has successfully raised around US$5 billion for transmission investments via an Independent Power Transmission (IPT) model. The IPT model borrows some characteristics from the Independent Power Producer model (IPP) which is widely used to incentivize investment in generation. Under the IPT model, a single transmission line or a bundle of lines are allocated via an auction to a private investor to develop and operate. One of the benefits of the model is that it can be piloted alongside a traditional model where a government owned entity is responsible for the development and operations of the wider grid since it is contained to a single or a bundle of transmission lines. On the other hand, the investments need to have a certain size in order to justify the large transaction costs both on government and investor side of facilitating and participating in an auction process.

The IPT model is just one of several models that could be utilized to attract investment to the transmission sector in the Asia-Pacific region. ESCAP has published a working paper that examines six different models of financing both national and cross-border transmission grids. The paper describes the six models as well as what considerations and underlying structures that need to be in place for the models to be successfully implemented, and real-world examples of their implementation.

The following table summarizes the models and their main characteristics: The models provide specific ways for attracting private investment into grids. In addition, however, there are important considerations that governments need to make to assess the appropriateness of the different models. Specific models may not be appropriate in particular power market contexts, and adaptations might need to be made to accommodate models. For example, the merchant model requires the presence of competitive markets and the ability for investors to leverage price differences between regions.

To read more about models that could mobilize different sources of finance for the transmission sector please read the working paper Attracting private finance to transmission in the Asia-Pacific Region, available for download here. 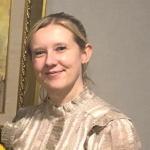 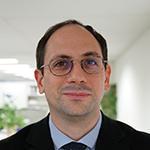