Universal civil registration and vital statistics are critical for truth, trust and COVID recovery in Asia and the Pacific

With health systems at a breaking point, hospitals at capacity and desperate family members searching for oxygen for loved ones, the devastating second wave of COVID-19 that has swept across South Asia has felt ­surreal. Official figures have indicated record-breaking daily coronavirus cases and deaths, not only in South Asia, but across the entire Asia-Pacific region during the latest surge. As devastating as it has been, the truth is we may never know how many people have died during the pandemic.

Underreporting of deaths is common across the Asia-Pacific region, with an estimated 60 per cent of deaths occurring without a death certificate issued or cause of death recorded. One reason for this is the lack of a coordinated civil registration system to accurately record all vital events. This issue is exacerbated in times of crisis, as many of the poor die as they lived: overlooked or without being officially counted.

Civil registration and vital statistics (CRVS) systems record deaths and other key life events such as births and marriages. A complete approach to civil registration, tracking vital statistics and identity management relies on multiple arms of government and institutions working together to collect, verify and share data and statistics so they are reliable, timely and put to right use. Without such official data and records during catastrophes such as a pandemic, we see how fast people get left out of extended social protection, vaccination drives and emergency cash transfers. Conversely, it significantly limits the ability of the most vulnerable groups to claim this access and their rights.

The need for accurate data and reporting mechanisms is critical at all times and even more crucial during humanitarian situations, whether a natural disaster or health emergency, when urgent decisions are required and hard choices have to be made. Governments, health authorities and development partners need timely and complete data to know the extent of the issue. This data can guide evidence-based decisions on where resources should be deployed and assess which interventions have been most effective. The more complete, accurate and trustworthy the data, the better the decisions. Or at least, the leadership is unable to use the excuse of ”we did not know.”

In 2014, the United Nations Economic and Social Commission for Asia and the Pacific (ESCAP) convened the first Ministerial Conference on Civil Registration and Vital Statistics, during which the Asian and Pacific CRVS Decade (2015-2024) was declared. Governments later set a time frame for realizing their shared vision – that all people in the region will benefit from universal and responsive CRVS systems.

These are complex and vast systems that need both technological and human capabilities to do it correctly, and the political commitment to sustain the effort. Development partners, including ESCAP, the United Nations Development Programme (UNDP) and the United Nations Children’s Fund (UNICEF), continue to actively work with governments and institutions to support the development of national civil registration systems, vital statistics systems and identity management systems such as national population registers and national ID card schemes.

It is clear from the report by ESCAP, Get Every One in the Picture: A snapshot of progress midway through the Asian and Pacific CRVS Decade, that many countries in our region have seen improvements. However, we need to do more to ensure that all countries are able to produce reliable official statistics. And to use this to also learn and look forward.

The human toll of the COVID-19 crisis has been immense with far reaching consequences for the most vulnerable families. To respond effectively to disasters and build back better, it is time we get everyone in the picture. 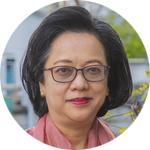 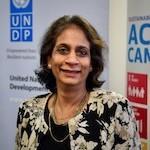 The battle to end the COVID-19 pandemic – is there light at the end of the tunnel?