Remarkable progress has been made in broadening electricity access globally, however sustained political will and increased public and private finance are urgently needed to provide affordable and clean energy to the 1.2 billion people without access to electricity by 2030, a high-level United Nations conference concluded in Bangkok today.

According to the latest data, 85 per cent of the global population has access to basic electricity services, up from 73 per cent in 1990. This has been achieved largely through governments’ efforts in extending national grids, as well as off-grid decentralized solutions.

The 2030 Agenda for Sustainable Development has set out 17 Goals and 169 targets, which jointly constitute a comprehensive plan of action to eradicate poverty and ensure sustainable development. Recognizing the importance of energy for development, Sustainable Development Goal 7 (SDG7) has been established as the first-ever universal goal on energy, and includes targets for access, renewables and energy efficiency.

Co-organized by the UN Department of Economic and Social Affairs (UN-DESA) and the UN Economic and Social Commission for Asia and the Pacific (ESCAP) along with the Ministry of Energy, Thailand, ministers, senior UN officials, civil society organizations, and private sector representatives from around the world convened in Bangkok this week for the Global SDG7 Conference, where they identified trends and gaps towards achieving SDG7 on energy. The outcomes of the Global SDG7 Conference will also provide input into the High-Level Political Forum - the central platform for monitoring and review of the 2030 Agenda and the SDGs - to be held in New York in July later this year.

In her opening statement, UN Under-Secretary-General and Executive Secretary of ESCAP Dr. Shamshad Akhtar underlined that while great progress has been made in improving access, with 90 per cent of the region’s population now connected, continued commitment is needed as Asia-Pacific remains the most energy intensive region in the world.

Mr. Liu Zhenmin UN Under-Secretary-General for Economic and Social Affairs stressed that at the heart of the 2030 Agenda and the Paris Agreement, lies the issue of energy. “Achieving SDG7 on energy can unlock vast potential for economic growth in all regions and for all people, while significantly reducing greenhouse gas emissions.

“We must promote synergies between SDGs and climate change to advance win-win solutions,” said Mr. Liu. He reiterated that global leaders have a once-in-a-generation opportunity to provide peace, prosperity, opportunity and dignity for all on a healthy planet.

Mr. Siri Jirapohgphan, Minister of Energy of Thailand further highlighted the concerted efforts made by the Royal Thai Government to drive energy development in compliance with SDG7, and underscored the importance of the private sector towards building a more secure and sustainable energy future.

“In achieving the goals, the private sector could be a real player with support of the government’s effective and predictable policy,” he said. “We anticipate that the private sector as a real driver for implementation could bring not only investments but also the necessary technologies and innovations for the achievement of SDG7.”

To support the SDG7 review, UN-DESA has convened an Ad Hoc Technical Group on SDG7, comprised of representatives from governments, UN entities, international organizations and other multi-stakeholders. The technical group has produced 27 policy briefs on SDG7 and interlinkages between energy and other development goals, which will also provide key input for ongoing intergovernmental discussions leading up to the High-Level Political Forum on Sustainable Development.

Website of the High-level Political Forum on Sustainable Development: https://sustainabledevelopment.un.org/hlpf 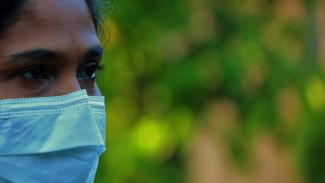 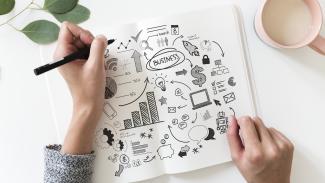