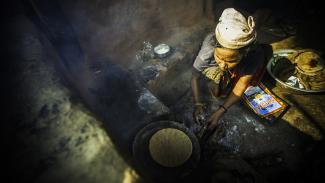 Asia and the Pacific is lauded globally for its rapid economic growth over recent decades and has lifted 1.1 billion people out of extreme poverty since 1990. Nevertheless, the region continues to have the largest number of poor people in the world. Why is Asia and the Pacific’s economic progress not translating into faster poverty reduction?

The UN’s recently released World Economic Situation and Prospects as of mid-2019 Report finds that the overall economic growth outlook for the Asia-Pacific region remains strong compared to other developing regions. Nevertheless, the report downgraded the growth projections for 2019 across most developed and developing regions, while warning of significant downside risks to the regional outlook. The new round of tariff hikes and retaliations could exacerbate the continuing weaknesses in trade volumes and disrupt regional production networks. Meanwhile, elevated household and corporate debt in parts of East Asia are posing risks to financial stability.

Most worryingly, the region remains far from achieving a decent life for all its people. High economic growth has not translated into sufficient reduction in poverty in many countries, and the rising risks to growth over the coming years will only exacerbate the challenge.

The region has an estimated 400 million people living in extreme poverty below the threshold of $1.90 a day. At the higher international poverty line of $3.20 a day, the number of poor rises to 1.2 billion, accounting for more than a quarter of the region’s total population. Beyond monetary measures, indicators of multidimensional aspects of poverty paint an even bleaker picture. In many parts of the region, most notably in South and South-West Asia, a large share of the population still lacks access to basic infrastructure and services.

As poor households are constrained in their ability to receive nutrition, schooling and healthcare for their children, this is greatly dampening progress on human capital development and productivity growth, both of which are critical imperatives for sustainable development. Managing rapid urbanization is also necessary to tackle the challenge of growing urban poverty in many Asia-Pacific economies. More than half of the region’s population now live in urban areas – and this share is expected to rise to two-thirds by 2050.

Keeping in view the ambitions of the 2030 Agenda for Sustainable Development, how do we leave no one behind in the Asia-Pacific region? ESCAP’s recently published Asia and the Pacific SDG Progress Report 2019 stressed that economic growth alone is not sufficient for poverty reduction. What matters is the types of investment by governments. Countries that have driven poverty reduction trends have focused their investments on people, importantly through the provision of health, education and social protection. Good examples in the region include Timor-Leste, Mongolia, Viet Nam, Papua New Guinea and Bhutan.

How much would all these investments cost? ESCAP’s most recent Economic and Social Survey of Asia and the Pacific provides comprehensive estimates of investments required to achieve the SDGs in the region. The report focused on two aspects of investments in people: providing basic human rights (no poverty and zero hunger – SDGs 1 and 2) and building human capabilities (health and education for all – SDGs 3 and 4). To eliminate poverty, policy interventions include cash transfers based on national poverty lines and establishing a social protection floor. Interventions for hunger include nutrition-specific investments and rural investments. To build human capacities, the estimates include the cost of providing health infrastructure and the cost of universal pre-primary to upper-secondary schooling.

The report finds that the total spending required to achieve these goals is well within reach for many governments. Specifically, the cost of eliminating poverty and hunger and achieving health and education for all amounts to $669 billion per year on average, or less than 2 per cent of average GDP of developing countries in the region between 2016-2030. For countries that are unable to meet the costs on their own, particularly the least developed countries where the estimated costs reach 12 per cent of GDP, assistance from the international community will be crucial.

What are some of the key policy imperatives? First, the social protection floor should account for the largest share of required investments, as it has an enormous impact through protecting all age groups from poverty. Second, countries with the highest success rates of reducing poverty through social protection have designed and implemented universal programmes instead of poverty-targeting ones. These countries include Georgia, Kyrgyzstan, Mongolia, Nepal and Uzbekistan. Finally, managing the cross-cutting challenges related to urban poverty will require improved urban planning and better policy coordination between national and local authorities. Two cities exhibiting such approaches, with policy support from ESCAP, are Da Nang in Viet Nam and Naga in the Philippines.

As governments in the region strive towards eliminating poverty by 2030, people-centered investments will be the key towards improving the livelihoods of the marginalized and disadvantaged segments of society. 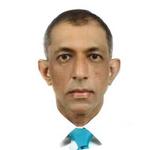 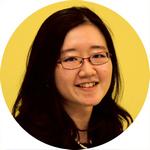 The disaster and health nexus amid the COVID-19 pandemic: challenges of protecting at-risk communities 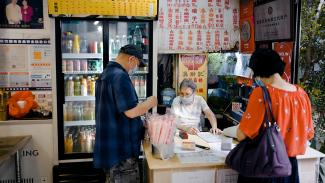