Towards an SDG-consistent fiscal responsibility framework

Fiscal policy – the use of government spending and taxation – is a prominent policy tool for national development. Since the 1980s, its role somewhat diminished as laissez-faire, an approach of limited government, began to prevail. The unprecedented and concerted fiscal expansion in the wake of the global financial and economic crisis of 2008 not only helped stabilize the world economy, but also vindicated the importance of a proactive fiscal policy. Nevertheless, it also resulted in higher public debt in developed countries and non-private corporate debt in China.

This illustrates the policy dilemma of how to balance proactive fiscal policy and debt sustainability – an issue which is highly relevant for implementing the 2030 Agenda for Sustainable Development. ESCAP estimates that Asia-Pacific developing countries need to invest, on average, an additional $1.5 trillion per year, or 5 per cent of their combined GDP, in people, prosperity and the planet in order to achieve the Sustainable Development Goals (SDGs).

The pertinent questions in this vein are: How can countries meet these investment needs while keeping debt at a manageable level? What is a “safe” level of debt? What other factors determine a country’s fiscal space? Finally, do fiscal rules – aimed at containing pressures to overspend and thereby achieve debt sustainability – prevent the desirable use of fiscal space?

These were some of the issues we raised at a recent seminar jointly organized by ESCAP and the Asian Development Bank Institute, in which planning, finance and budget authorities from a dozen member States participated and shared their experiences. While the seminar did not provide all the answers, the two days’ discussions highlighted the need for an SDG-consistent fiscal responsibility framework which is tailored to country-specific priorities and circumstances. What do we mean by that?

First, while many countries have adopted numerical fiscal rules, in particular budget balance rules and debt rules, the precise threshold should be better calibrated according to the country context, rather than replicate the 3 per cent deficit and 60 debt thresholds of the EU’s Stability and Growth Pact. These thresholds themselves have weak theoretical foundations and their relevance came into question as they imposed fiscal austerity at a time when fiscal support was needed for recovery. Moreover, unlike developed countries, where the long-term size of the general government is relatively stable, the demand for public goods and services is still increasing in developing countries. Successful examples from the East Asian economies also suggest that the government must lead the economy’s structural transformation through public investments. These are all critical to the achievement of the SDGs, and need to be considered when developing fiscal rules and medium-term fiscal frameworks.

Second, while international organizations, including the UN, have raised alarm over rising public debt at the global level, this does not seem to apply to many countries in Asia-Pacific region. Based on IMF projections, general government debt in Asia-Pacific developing countries would remain stable at 42 per cent of GDP, on average, over the medium-term. Moreover, ESCAP analysis shows that even under an adverse shock of economic growth slowdown or higher interest rates, only about half of the countries in the region would face an upward pressure on debt levels. This suggests that the Asia-Pacific region may have more fiscal space to invest in the SDGs than commonly perceived.

Third, there are factors other than debt levels which determine a country’s fiscal space, and they warrant greater attention. These include government revenues, expenditure efficiency and access to stable and affordable financing. While countries’ ability to mobilize domestic resources seems to have improved in recent years, there is scope for further reforms. ESCAP analysis shows that better tax administration could increase tax-to-GDP levels by 5 to 8 per cent in Cambodia, Myanmar and Tajikistan. At the same time, ensuring that government expenditures translate into improved development outcomes could save significant resources:; health and education sectors could use 30 per cent less resources, and potential savings are even higher for infrastructure investment. This illustrates that effective fiscal policy depends on good governance and strong institutions, as recognized in SDG 16 and in ESCAP analysis.

Finally, many developing countries in the region lack access to stable and affordable financing, with few borrowing options in domestic or international financial markets. What is worrying is that countries with the highest SDG investment needs seem to have the lowest access to long-term finance. This mismatch must be urgently addressed, including through regional financial cooperation, as some countries have surplus savings while others are starting from a low base but on an upward trajectory.

The takeaway message is that there is a lot of conventional thinking in fiscal policy and public financial management. Rather than accepting them as a given, policymakers should assess their relevance and applicability to their own country context, and ensure that well-intended rules do not unduly constrain the use of fiscal space for investing in people, prosperity and the planet. 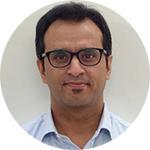 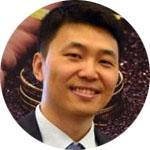