It’s 1962, and in a modest Hong Kong neighborhood, a poetic love story unfolds. Filmed almost twenty years ago, Wong Kar-wai’s seminal movie In the Mood for Love captured the world’s imagination about lifestyle in the region. A lower-middle class existence had never looked better. Fast forward to 2018 and a new movie, set in today’s Singapore captures the world’s attention, but for very different reasons. Crazy Rich Asians mixes Asian family values, education and prosperity with a consumeristic facade of jewelry, clothes and luxury travel. The result is entertaining, yet thought-provoking: when did this seismic socio-economic shift take place? When did Asia become so prosperous, yet so unequal?

Research by the United Nations has shown that inequalities of both income and opportunities have been on the rise across the region over the past two decades. Our 2019 research with the Oxford Poverty and Human Development Initiative (OPHI) shows two-thirds of the world’s ‘multi-dimensionally’ poor now live in middle-income countries. Increases in income inequality have coincided with a narrower concentration of wealth in the Asia-Pacific region, now home to the greatest number of billionaires in the world. Their combined net worth is seven times the combined GDP of the region’s least developed countries.

Governments have committed to achieving the Sustainable Development Goals (SDGs) by 2030 and aim to fulfill the promise of “leaving no one behind”. Nonetheless, research reveals a worrying trend toward greater inequality, not just in incomes, but also in access to basic services — educational attainment, health, clean energy and basic sanitation.

Gender is, perhaps, the most important lens through which these stark inequalities in access to health, basic services and rights can be understood. are most likely to be left behind. In addition, natural disasters, which have become more frequent and intense, disproportionately affect the poorest. Due to their socio-economic plight, their capacity to recover is also seriously weakened.

Putting “Leave no one behind” into practice

Inequalities are not inevitable - they ‘stem from policies, laws, cultural norms, corruption, and other issues that can be addressed.’ To be addressed, they require a range of well-coordinated policy interventions. If left unchecked, inequalities ultimately threaten social cohesion, economic growth and environmental sustainability.

Several countries have prioritized investments in education, health and social protection to achieve more equitable development outcomes. Mongolia, for instance, now allocates 21 per cent of public expenditure toward social protection with a specific focus on children. This has resulted in a significant reduction in stunting. Bhutan and Thailand have successfully introduced universal health care schemes. Viet Nam decided to boost financing toward education and health sectors, in effect managing or reversing the trend toward greater inequality.

Fiscal measures are equally fundamental in addressing inequality. Tax to GDP ratios are low in a number of countries across the region, especially in South Asia. Progressive taxation remains a critical tool for wealth and income redistribution. Some countries are taking steps to reform their tax systems other are finding innovative and creative way to boost venue and enforce tax collection. In 2016, for instance, Thailand introduced an inheritance tax and China is planning to do so in the coming years.

Labour market policies aimed at improving working conditions, raising the minimum wage, and offering unemployment benefits can act as a buffer to protect the poorer segments of society. While some countries in the region, especially in Southeast Asia, have raised the minimum wage, more comprehensive measures need to be taken. With the emergence and adoption of new technologies—automation, AI, and machine-learning—many low-skilled jobs and tasks are being eliminated. Adopting and embracing new technologies would need to be viewed through the broader lens of achieving the SDG and leaving no one behind.

Emerging trends, such as the fourth industrial revolution and climate change have wider cross-border ramifications. Countering the negative impact on inequalities will require collective and coordinated responses at the national, regional and global levels. It is apparent that a range of pro-active actions need to be taken by policymakers in the region to tackle inequality. Business as usual will just not do it this time.

The producers of the comedy blockbuster probably did not intend to stir debate on socio-economic inequalities. Nonetheless, by showing us Crazy Rich Asians enjoying their lavish lifestyles, they also managed to hold up a mirror and make us think about the striking contradictions lived everyday by millions.

If the region is to continue to be a growth engine for the world and a centre of global economic dynamism, it will have to show that it is not just a place where billionaires feel at home, but also a region that is charting a more secure and sustainable future for those left behind. 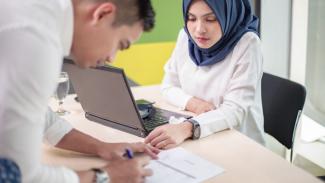 Connecting the Asia-Pacific region with data we can trust 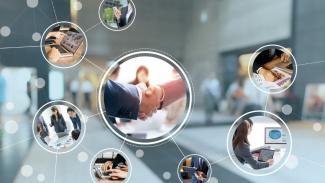 Communities of practice – a stop-gap solution during a pandemic or here to stay? 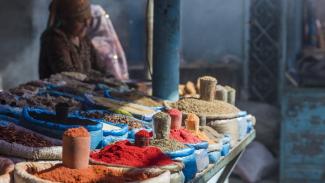 The Good, the Bad & the Ugly: Migration in North and Central Asia