Last week, the death certificate of Her Majesty Queen Elizabeth II made international news. Such certificates rarely make the headlines, possibly with the notable exception of the discussions surrounding President Barack Obama’s birth certificate. The reality is most people globally will never even receive a death certificate. Most deaths go unrecorded and even when they are recorded the causes of death are rarely given. This is particularly common in this region, as discussed in ESCAP’s midterm report of the Asian and Pacific Civil Registration and Vital Statistics (CRVS) Decade. The report found that millions of deaths go unregistered every year.

As well as being essential for accurate, complete and timely vital statistics, death registration is an important legal and administrative function required for protecting inheritance rights and securing pension and survivorship claims. In addition, death registration and death certificates are needed to ‘retire’ a legal identity and ensure effective identity management systems where they exist. This enables updating administrative registers, such as population registers, identity management systems and various social security and welfare registers, as well as the electoral rolls.

Due to the lack of death registration, many countries calculate mortality from surveys and censuses that cannot provide continuous and timely data, the deficiencies of which were highlighted by the COVID-19 pandemic. In other countries, mortality is estimated from hospital records, which can underestimate mortality when many people die at home, as the Queen did. Mortality data to calculate actual deaths in real-time during the pandemic were available in only a subset of countries where CRVS systems were functioning effectively. WHO has estimated that 8.2 million deaths in Asia and the Pacific were not included in official COVID-19 figures.

The Queen’s death certificate was also interesting as the cause of death was stated as ‘old age’ with no other contributing factors. Current advice in the United Kingdom states that old age should only be given as the sole cause of death in limited circumstances. It may be considered that asking for more information on how the Queen died at the age of 96 is pure voyeurism and the family is entitled to a modicum of privacy about the true cause of death.

However, accurate and informative reporting on causes of death at all ages is essential for effective public health policy. ‘Old age’ as a cause of death is included among those causes known as ‘garbage codes’, which refers to anything marked as a cause of death that cannot officially kill you or is too vague to be informative. Essentially, a garbage code has no use in informing public health policy. Garbage codes bias the true pattern of mortality in a country, as it is unlikely they are equally or proportionally distributed across the disease categories used in analysing cause of death data. Hence, the data will not represent the true health status of the population.

Gender is also an important consideration when it comes to reporting causes of death.  Research suggests that causes of female deaths are more likely to be reported with ‘garbage codes’ although evidence is limited and more research is needed. This ultimately means causes of deaths of women and girls are less likely to be considered in population health monitoring, design and evaluation of public health interventions and planning of health services. Country-specific case studies show us that female deaths are more likely to be undercounted in some countries due to contextual gender biases, gender disparity in asset ownership (creating less incentive to register a female death), as well as the fact that in some countries, more male deaths occur in hospital making them more likely to be registered.

There is an urgent need for timely mortality statistics disaggregated by causes of death and demographic characteristics, to develop and monitor public health policies and detect emerging health crises. Inequality assessments can help us to know who is less likely to have their death registered to broaden our understanding of where health inequities exist.

In recognition of the importance of CRVS systems, governments in Asia and the Pacific are collectively working to achieve their common goals as listed in the Ministerial Declaration to "Get Every One in the Picture" and later in the second Ministerial Declaration on “Building a More Resilient Future with Inclusive Civil Registration and Vital Statistics”.  Accordingly, participating governments developed the Regional Action Framework on CRVS in Asia and the Pacific, which includes goals on universal death registration and the production and dissemination of accurate, complete and timely statistics (including on causes of death).

Despite good progress, accelerated action is needed to achieve universal death registration and quality recording of causes of death in the region. Access to civil registration is a right for all; in this respect, everyone should be treated like royalty. 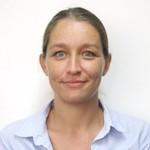