Putting older women at the centre of ageing and gender policies

As International Women’s Day approaches on March 8, and we prepare for the review and appraisal of the global Madrid International Plan of Action on Ageing in 2022, the intersection of these two agendas - the needs and vulnerabilities of older women in the Asia-Pacific region - is brought to our attention.

The fact that the Asia-Pacific region is ageing rapidly is well known. The ESCAP Population Data Sheet 2020 indicates that over 9 per cent of the population is above 65 years of age, and over half are women. This figure is expected to nearly double to more than 18 per cent by 2050. The proportion of those over 80 will nearly triple from 1.7 per cent to 4.9 per cent of the population, with women comprising nearly 60 per cent.

There are several reasons why older women are at risk of being more vulnerable than older men:

Firstly, as analyzed in an ESCAP study, women provide more unpaid care work than market work throughout most ages. As a result of this time commitment and other factors, many women cannot participate in the labour force. In the Asia-Pacific region, only 46 per cent of women participate in the labour force, and in South Asia, only 24 per cent of women do so.

More than 60 per cent of women who do manage to participate in the labour force are employed in the informal sector, which means they have limited or no access to social protection. The majority of women in the region have limited access to pensions, which manifests in the gap between older men and women under mandatory coverage of the pension system - this varies from 10 to 50 percentage points. So, most women have limited opportunities to build up savings throughout their lifetime, leaving them with limited income security.

Secondly, women in the region outlive men by about five years. Suppose one considers the average difference in the “singulate” mean age at marriage between men and women in countries in the region. A married woman outlives her spouse by an average of eight years. Thus, widowed women are often left without financial support and a caregiver. Further, the number of children per woman, or the total fertility rate, has declined significantly in the Asia-Pacific region. In 1980, a woman had on average 3.6 children, while in 2020, it is 2.1 children, and this is expected to decline further. While the fertility decline went hand-in-hand with improvements in health and education for women, parents also have fewer children who can potentially support them when they are older.

In addition, with young people moving to cities or overseas, older women, particularly in rural areas, are increasingly living alone, some of them even abandoned. Moreover, women generally live longer but do not necessarily always have healthy lives. The prevalence of disabilities increases with age and many older persons, and older women, live with a disability.

Thirdly, often older women in the region do not have physical assets in their name. Women’s rights to land and property are limited by discriminatory social norms and laws in many countries, which hamper their economic status and make them vulnerable to poverty. This lack of economic empowerment and social status may lead to an environment that results in abuse and exploits older women.

As Asia and the Pacific is planning for the next regional review of the Madrid International Plan of Action on Ageing - a bold global agenda for handling ageing in the 21st-century, older women’s specific needs and concerns should be at the centre of all related discussions.

This must include providing income security through contributory and non-contributory schemes and addressing discriminatory laws and policies affecting older women in their quest for economic and social security. Asia-Pacific countries should also address women’s potential vulnerabilities by adopting a life course approach and acknowledging the significant contribution made by women, including older women, in unpaid work.

Countries in the region must agree on a time-bound plan of action to fulfil older persons’ rights in all spheres and accord particular importance to older women. This action plan must consider older persons’ views and priorities, including older women, to be truly inclusive. Otherwise, we will be leaving them behind contrary to our efforts to achieve the 2030 Agenda for Sustainable Development. 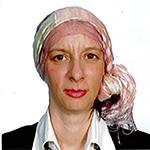