On 13 July 2018, the United Nations Generally Assembly in New York approved the final draft of the Global Compact on Safe, Orderly and Regular Migration (GCM), culminating a year-long extensive process of regional and thematic global consultations and intergovernmental negotiations mandated by the New York Declaration for Refugees and Migrants of 2016. To be adopted formally at the United Nations Intergovernmental Meeting on Migration in Morocco on 10-11 December 2018, GCM is a milestone in creating a comprehensive global framework for managing international migration and protecting interests of migrants, countries of origin, transit and destination.

The economic contribution of migrant workers to their countries of origin as well as of destination is well-documented, including in a recent ESCAP report. Yet, migrant workers continue to remain vulnerable, often facing exploitation and abuse, aggravated by factors such as irregular status, restrictive legal environments and gender discrimination. Social protection is rarely extended to migrants.

Some countries of origin, such as Bangladesh, India, Pakistan, the Philippines and Sri Lanka have developed extensive infrastructure to protect migrants throughout the migration process. Similarly, some destination countries such as Kazakhstan, the Republic of Korea and the Russian Federation have also taken pragmatic measures to open regular paths to labour migration with protections for migrants and their populations. Thailand has cooperated with countries of origin, introduced laws to address abuses against migrants and promoted the inclusion of migrants in the national health system. But need has been felt of a global framework for protecting the fundamental rights of migrant workers besides protecting legitimate interests of countries of origin, transit and destination.

In the spirit of leaving no one behind, the 2030 Agenda for Sustainable Development has devoted a specific Target (10.7) to ‘facilitate orderly, safe, regular and responsible migration and mobility of people.’ The GCM, therefore, moves towards fulfilling one of the key aspirations of the 2030 Agenda.

The GCM sets out the common understanding, shared responsibilities and unity of purpose of all the stakeholders regarding migration in best traditions of multilateralism. It takes a people-centered, whole-of-government and whole-of-society gender-sensitive approach to international cooperation that recognizes human rights and the rule of law while respecting national sovereignty. Some of these issues were also highlighted at the Asia-Pacific regional consultation convened by ESCAP on 6-8 November 2017 in Bangkok in collaboration with other agencies to prepare regional inputs for GCM.

In its 23 objectives, the GCM captures practically all aspects of migration cycle: from adverse drivers and structural factors that compel people to leave their country of origin to enhance availability and flexibility of pathways for regular migration, facilitating fair and ethical recruitment and safeguarding conditions of work and facilitating safe and dignified return. It also addresses smuggling of migrants and combating trafficking in persons in addition to providing access to basic services, such as skills development empowerment to realize full inclusion, elimination of discrimination, safer and cheaper transfer of remittances and portability of social security benefits.

In the spirit of global partnership, it also provides for international cooperation and means of implementation through a capacity-building mechanism in the United Nations. A United Nations Network on Migration will draw upon the expertise of different entities of the UN system to support the implementation of the GCM in a coordinated and coherent manner.

The GCM also provides for a Follow-Up and Review mechanism and invites the United Nations Regional Economic Commissions to review implementation of the GCM in their respective regions, informing the International Migration Review Forum at the General Assembly every four years. As their regional economic commission, ESCAP will work with the Member States and other stakeholders in assisting the effective implementation of GCM, including through the regional reviews, to harness the full benefits of international migration for sustainable prosperity in the region and beyond! 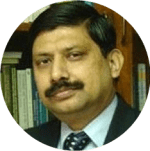