In July 2021, the European Commission (EC) announced a proposal to implement a Carbon Border Adjustment Mechanism (CBAM) on energy-intensive imports from third countries. The proposed CBAM would initially apply to five sectors: electricity, iron and steel, fertilisers, aluminium and cement. However, its scope could be extended to include indirect emissions and other goods and services.

The CBAM aims to prevent carbon leakage, incentivize the uptake of cleaner technologies abroad and provide a level playing field between local and foreign producers. The additional charges on imports based on the emission intensity of production processes could affect the export competitiveness of several countries in the Asia-Pacific region, with consequences for development.

Of the ESCAP member States, 19 are members of the Commonwealth. Many of these countries are hubs for global supply chains that link production centres in Asia and the Pacific with major consumer markets in Europe and North America. In 2019, Commonwealth Asia-Pacific countries collectively sent around 15 per cent of their global exports to the EU.  However, the reliance of each economy on the EU market varies widely, affecting their respective exposure to the potential CBAM.

A recent study by the Commonwealth Secretariat on the implications of the CBAM finds that:

As only a few Commonwealth economies in the Asia-Pacific region have a carbon pricing mechanism in place, exports originating from most of the 14 Commonwealth countries (with no such mechanism) could be exposed to the carbon charges in full. This could raise the cost of exporting to the EU, placing their firms at a comparative disadvantage.

While the CBAM could incentivize some decarbonization of production abroad, the EU should also consider the differential responsibilities and respective capabilities of countries under the Paris Agreement to mitigate emissions. Indeed, ESCAP modelling notes that increases in emissions in LDCs are relatively small when exempted from CBAM.

The macroeconomic effects of the proposed CBAM and the prospects of similar policies by other developed countries point to the need for greater coherence between the multilateral trade and environmental regimes to tackle climate change.

The pressure for countries to achieve net zero by 2050 means the Asian and Pacific economies should prepare for domestic carbon pricing and border carbon adjustments (BCAs). This could include participation in regional carbon pricing mechanisms, increasing investment in greener technologies and active engagement in multilateral discussions on trade and climate change. These measures could alleviate the direct and indirect effects of future BCAs on their economies. 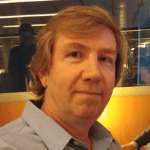 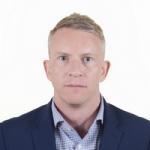 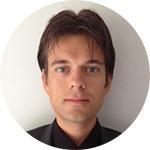