The Good, the Bad & the Ugly: Migration in North and Central Asia

In recent years, countries in North and Central Asia have put in place measures to ensure the rights of migrant workers, recognizing their significant contribution to both home and recipient economies. However, with the onslaught of COVID-19, we need to ensure that it does not erase progress that has been made.

“The entire family was taken into custody – wife, husband and the two little kids – because they could not produce their documents. Their house burned down in March. They lost everything, including their passports. We informed the Kyrgyz consul and obtained temporary documents for the family. They were forced to leave on the first flight back to Kyrgyzstan as soon as the borders opened.”

Gulshan Dolonbaeva is the chairperson for Kyrgyzstan-Ural, a non-governmental organization assisting migrant workers in Russia by offering legal advice, providing medical assistance, and community engagement. Stories like this are part of her routine. After her regular workday as a gynaecologist, she treats migrants who have no access to healthcare and volunteers for the organization.

One of the largest migration corridors in the world

The narrative on migration in North and Central Asia had always focused on the numbers, being one of the largest migration corridors in the world. Popular destination countries in the subregion include Russia, and more recently Kazakhstan, with many choosing to migrate for economic reasons. An estimated number of approximately 10 million foreigners work and live in Russia. This propelled the country to be one of the largest remittance source countries in the world.

Migrants are one of the most vulnerable participants in labour markets. Migrants are usually the first to be affected in times of crises. A survey conducted by the Russian Academy of National Economy and Public Administration (RANEPA) in April 2020 found that about 40% of Central Asian migrant workers in Russia have been dismissed since quarantine measures were implemented. This includes those who kept their jobs but went on unpaid leave, leaving 75% of Central Asian migrants without income at the peak of the pandemic. Remittances have declined sharply and are expected to decline further. In the first quarter of this year, remittances from Russia to Kyrgyzstan dropped 20.1% compared to the previous year.

Looking beyond these numbers, we delved into a world of real-life stories and human faces at the forefront of this struggle at the Multistakeholder Forum on Implementation of the Sustainable Development Goals.

Challenges exacerbated due to COVID-19

Bureaucratic processes, the uncertainty of legal statuses, and access to services are all challenging hoops to jump through even before the pandemic. Gaining legal status to work as a foreigner can be a very labour-intensive process which especially overexerts less-skilled migrant workers. The laborious process coupled with employers who refuse to set up legal arrangements as well as deceptive intermediaries are among the reasons listed which push migrants into illegality, making them more prone to exploitation and discrimination.

During the pandemic, non-payment of wages became more common. In one such case, the head of human resources (HR) sought Kyrgyzstan-Ural’s assistance as the head of HR personally experienced cyber-bullied by other employees in the company, with accusations and claims hurled online and in-person for not paying wages. Kyrgyzstan-Ural stepped in to mediate after receiving a request and provided legal advice for both parties. It was also a sober reminder that more compassion and understanding are needed during these times as the pandemic drives many into desperation.

Another major challenge highlighted is the poor access to health care for migrants. Many cannot afford to purchase health insurance while illegal migrants cannot turn to public healthcare providers. Although the Eurasian Economic Union (EAEU) member States agreed to grant foreign workers of other member States access to public healthcare, this has not been fully put into practice. Consequently, backstreet medical practices emerged to fill in the gap, providing shoddy medical services. Gulshan also cited the growing prevalence of fake documents as it is becoming easier for migrants to gain access to these services. Governments need to ensure that services are easily accessible to migrants with simplified rules of procedures to prevent disastrous consequences.

“There are no ‘female migrants’, women are always migrants”

Speaking of the problems faced by migrant women, in particular, Gulshan highlighted that “there are no ‘female migrant’ as women are always migrants” and the challenges faced are usually tougher, taking into consideration possible gyneacological complications, difficulties for single mothers and the burden of housework. The poor access to healthcare pushes many into illegal abortions while the traditional household construct which places a women’s role as caregiver for the family forces women migrants to juggle between maintaining a household and their jobs. During the lockdown, domestic violence against women has increased. Kyrgyzstan-Ural is lining up a series of seminars to provide information on family planning, civilized relationships and family construct taking into consideration the culture and traditions of the community, in order to educate people and prevent worsening conditions.

“Migration is an expression of the human aspiration for dignity, safety and a better future.” As we strive towards building back better post-pandemic, achieving safe and orderly migration in the region needs to be a priority given the size and importance of migration for our region. 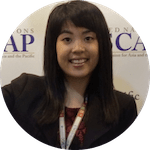 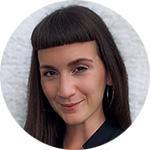