The application of frontier/emerging technologies such as blockchain and artificial intelligence to trade facilitation has gained traction in recent years. While such technologies carry great potential for enhancing trade facilitation, they can also become costly distractions, considering the uncertain outcome of adopting them. Available evidence shows that as much as 80 per cent of the public sector projects which adopted “routine” digital technology projects failed.

So here is the dilemma: for many countries in Asia and the Pacific, adopting frontier technologies for public sector projects including trade facilitation may be associated with setbacks while inaction by a country means it may sleepwalk into a digital world tomorrow. How can countries in Asia and the Pacific best embrace frontier/emerging technologies to support trade facilitation? Policymakers could consider the following four strategies:

The successful application of some frontier technologies in trade facilitation, such as Tradelens, has been inspiring. However, digital transformation in trade facilitation is much broader than the adoption of any single technology. For example, with national Single Window, technology is often not regarded as a key challenge for developing such a system. The key challenges include the institutional setting, identification of sustainable business models, and streamlining of trade processes and procedures. Treating a single window project as a pure IT project is doomed to fail as automating cumbersome trade processes and procedures is likely to lead to a “garbage-in-garbage-out” outcome.

Therefore, instead of asking what a particular frontier technology can do for trade facilitation, one should ask what kind of strategic trade facilitation reform is desired and then assess and select the most appropriate technologies - regardless of whether they are frontier or not.

Today, application of AI has become ubiquitous. In many ways, it is surprising to call AI an “emerging” technology considering that AI research was initiated in 1956. Looking more closely at the journey of AI development, the “AI winters” were sobering reminders that the setbacks, skepticism and criticism are part and parcel of technology development.

Similarly, blockchain has become a buzzword in trade facilitation. Questions have been asked as to whether blockchain will revolutionize international trade.  In contrast, there has also been sharp criticism regarding the usefulness of blockchain technology, with leading researchers in the field denying its usefulness from the technical and legal perspectives. The latest data from the UN global survey on digital and sustainable trade facilitation confirm that few authorities have engaged in blockchain-based projects. Will there be “blockchain winters” or will the technology prosper in the long term? Only time will tell.

The policy implication is that, while it is important to embrace frontier technologies for trade facilitation, failures and setbacks in applying them should be expected. A trial-and-error process may be inevitable and should be treated as a learning process, leading to the next point that developing countries should take baby steps and pick the low-hanging fruit.

While large or advanced economies often have the financial and human resources to explore the use of emerging or frontier technologies for trade facilitation, what is the best approach for small economies or least developed countries which often lack capacity to adopt such technologies?

First, these countries should start with baby steps. A lesson learned from developing the national single window indicates that it is almost certainly a recipe for failure if the adoption of frontier technologies is combined with complicated institutional reform. Instead, the frontier technology should be piloted in a simple operational procedure to enhance the efficiency of trade facilitation. For instance, image recognition and analysis are widely regarded as mature AI technologies which have been tested in some countries such as the Republic of Korea. They can potentially be applied in other countries as well.

Second, in adopting frontier technology, small economies and least developed countries should exercise due diligence to minimize investment and actively seek collaboration with development partners and international technology companies for financial and technical support. For instance, “AI for Social Good” or similar initiatives may support these countries in testing frontier technologies and the knowledge transfer will lay the foundation for them to better leverage technology for trade facilitation reform in the future.

Eight countries in the region have acceded to the Agreement. It is strategically important for ALL the countries to accede. For advanced economies, acceding to the Framework Agreement will support the promotion of their technological standards and practices and effectively reduce the “noodle bowl” effect. For least developed countries and small economies, acceding will enable them to keep abreast of the latest technological developments to support trade facilitation reform. In this sense, the Framework Agreement will make every party a winner. 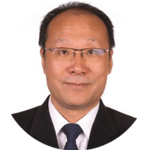