Climate litigation as a tool to tackle global warming

The adoption of the Paris Agreement (“PA”) in December 2015 created the opportunity to use legal instruments for climate action. To reach the strategic objective of limiting global warming to 1.5°C, the PA created obligations for States, with subsidiary obligations for different actors. Citizens and organizations are progressively ascertaining the empowerment and prerogatives it enables.

Among others, the PA identifies loss and damages (Art.8); climate education, public awareness, public participation and public access to information (Art.12); an enhanced transparency framework (Art.13), and an implementation and compliance mechanism (Art.15).  Against this backdrop, a typology of lawsuits has started to emerge, including actions against governments and corporations, to hold them accountable for actions or inactions which aggravate climate change.

This process is currently incipient in the Asia-Pacific region with some level of success. Despite embryonic climate change laws in the ASEAN region, litigation is burgeoning, with an estimated 80 cases, of which 20 are still active. Petitioners have successfully applied peripheral rights to life and to a clean environment to establish their claims for climate change-related harms, as highlighted in the following cases.

A significant obstacle in climate lawsuits is the ability of the plaintiffs to meet standing requirements under domestic laws. A progressive jurisprudence started to emerge from the 1993 Oposa case, in which the Supreme Court of the Philippines held that “the right to a climate system capable of sustaining human life is fundamental to a free and ordered society”. The decision stands alongside a growing number of court rulings from Indonesia, Malaysia and Thailand which unlock the potential for new categories of claimants.

Cases asserting governmental failure for their action (or inaction) on climate change have achieved some success. In the ‘bus case’ (Foundation for Anti Air Pollution and Environmental Protection et al. v. Bangkok Mass Transit Authority and Pollution Control Department), the Thai Supreme Court ruled that the government acted negligently for failing to control the buses’ emissions. Similarly, in the Kalimantan case (Residents of Central Kalimantan v. the President, the Environment and Forestry Minister, the Agriculture Minister, the Health Minister, the Government of Kalimantan and the Central Kalimantan legislative), the Indonesian Supreme Court convicted the defendants for failing to take measures to stop forest fires and negligently violating people’s rights to healthy environment. Fueled by the success of these actions, a complaint has recently been filed before the International Criminal Court against Cambodian officials for their contribution to climate change.

The judicial enforcement of corporate accountability for climate change has also proved quite successful. A clutch of lawsuits targeting palm oil plantations that contribute to transboundary haze and global warming has reached several ASEAN courts resulting in fines and prison sentences. The recent ruling against Shell (Milieudefensie et al. v. Royal Dutch Shell Plc.) is an example of direct enforcement of the Paris Agreement in a corporate matter.

The difficulty of proving causation is one of the obstacles to successful climate litigation. In a landmark investigation, the Commission on Human Rights of the Philippines concluded that 47 fossil fuel companies should be accountable for the human rights harms caused to Filipinos due to their past greenhouse gas emissions that caused climate change.

The benefits of climate litigation

Collectively, the practice and exercise of climate litigation promotes the ambitions set out in the PA, including nationally determined contributions on greenhouse emissions. Furthermore, the following aspects are influenced by climate litigation:

The acknowledgement of loss and damages associated with extreme weather events and the role of risk-reduction may open new avenues for compensation, restitution and redress. The PA endorses the Warsaw International Mechanism for Loss and Damage. Additional international instruments address this as well, for example, the Nagoya – Kuala Lumpur Supplementary Protocol on Liability and Redress (Cartagena Protocol on Biosafety).

As the number of cases and verdicts increase, parliamentarians will observe the need for enhanced policymaking on environmental matters. The close relationship between legislative and judiciary bodies must address environmental concerns in line with the implementation of international instruments, as these need to be transposed into national legislations.

Last, but not least, beyond right and wrong, plaintiff and defendant, a net gain of climate litigation should be a better and cleaner environment.

Climate litigation as a driver of regional ambitions

The global economy relies on cross-border, international transactions beyond national jurisdictions. The gradual integration of countries in the region requires harmonization of standards and norms, including environmental regulations and their consistent implementation and enforcement. The dynamism of climate litigation may underscore discrepancies among environmental provisions in the region, and it may provide an opportunity to evolve towards the development of more homogeneous, pan-Asian legislations on environmental matters. 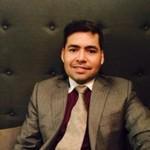 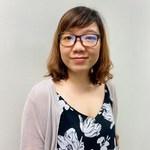 Combating COVID-19 and Ensuring No One is Left Behind