Most people agree that this century will see the Asia-Pacific region and the world become more interconnected – through trade, infrastructure and the movement of people. Deeper regional interconnection is developing on several fronts, including transport, fiber optic links and energy networks. Keeping people and cargo moving efficiently requires highway and rail networks, intermodal links, seaports and airports. If we are to integrate the digital economy, expanding fiber optic networks is essential. But it is for electricity, the strategic commodity of the 21st Century, where connectivity assumes special importance. The possibility to interconnect power grids across borders is tantalizing, as doing so can reduce costs, improve security, and increase sustainability. Economic and security benefits have long been drivers of regional power system integration. Connecting across different time zones allows for better utilization of existing generation plants and reduces the need for “peaking plants” that only run a few hours a year. Integrated grids can also share services such as system reserves and frequency management. All of these efficiencies reduce costs to consumers. And, when all interconnected countries mutually benefit from power trade, increased resource diversity improves energy security. A massive renewables expansion is essential to meeting the Paris Agreement, and power grid interconnection can support this goal as well. The plummeting cost of renewables such as solar and wind - coupled with incredible advances in HVDC transmission technology - make a compelling argument for linking up national and regional grids. Regional integration enables increased renewable energy integration by smoothing variable wind and solar resources, and increased utilisation by connecting electricity-hungry countries to ones with high renewable potential. For example, huge renewables installations in the Gobi Desert could power East Asia’s industrial centers. Bhutan’s hydropower can meet growing energy needs in India and Bangladesh. Some thinkers have even contemplated a globally interconnected grid. In 1969, American futurist R. Buckmeister Fuller presented the concept of an integrated high voltage global electricity network which would span all continents and allow the phaseout of nuclear and fossil fuels by using wind and solar.  In 2015, at the UN Sustainable Development Summit, China’s President Xi Jinping outlined a vision of a global energy network using clean and green sources. So, have we progressed these visions any further?

To some extent, yes. Many regions, including Europe, Central America and Southern Africa, have to varying degrees developed interconnected power systems.  In Asia-Pacific, the ASEAN Power Grid has made steady progress interconnecting South East Asia’s grids. Given the potential benefits, why has Asia-Pacific as a whole not followed the examples of other regions? To understand this, it’s important to recognize the political, institutional and cultural barriers. One way to look at the problem is as one of mindset and culture. Governments, planners and engineers are used to optimizing electricity systems within their own borders. Security of supply concerns may lead to “over-building” of generating capacity. For small countries, self-reliance may require utilising relatively expensive generation that rely on imported coal or natural gas. These lead to higher costs for consumers. But, cheaper and more sustainable power supply options may be accessible through cross border interconnection. Another issue is lack of trust or political will. Establishing cross-border links and power trading agreements requires deep cooperation and mature bilateral relationships. Technical, legal and policy frameworks, and a network of supporting institutions, are needed to coordinate grid integration and operations. Where these relationships are absent or soured by geopolitical tensions, it is difficult to create the right enabling environment. Is interconnection seen as forging positive mutual interdependence, or does it introduce exogenous risks? The answer depends on the context of existing relationships and geopolitics. Other factors include the challenges of financing power generation and transmission infrastructure across borders, especially when countries are at different levels of development. Lack of coordination on grid planning and differing grid codes and standards can also be obstacles. None of these are insurmountable, but addressing them requires consistent and determined efforts over long timeframes, with emphasis on regional cooperation. Given these challenges, ESCAP has worked with its members to highlight the opportunities from energy connectivity. ESCAP has drawn together a group of experts from across the region to draft an electricity connectivity roadmap - a blueprint to help navigate towards a future interconnected regional grid. Connecting the rewards of energy connectivity to the efforts can be difficult. Policymakers may have to wait many years before their work bears fruit. It takes courage and determination to transition from national thinking to regional thinking for power system development. But, as Lao Tzu said, “a journey of a thousand miles begins with a single step”.
Share this article
Print this article 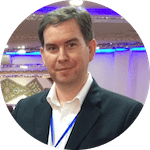 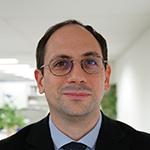