Bridging the Infrastructure Financing Gap: The Role of the Private Sector

Infrastructure development is undoubtedly critical for a country’s long-term economic growth and competitiveness as it impacts economic activities by increasing productivity, facilitating trade, and promoting innovation. Across the Asia Pacific region, however, economic growth as well as broader development goals are hindered by a shortage of roads, mass rapid transit systems, telecommunications, power plants, water and sanitation and other basic infrastructure.

The most recent successful example of engaging private sector financing is from Thailand, where the government has launched a new way to raise private capital through Thailand Future Fund (TFF). Traded on the Stock Exchange of Thailand, the TFF is a 44.7 billion Baht infrastructure mutual fund that aims at raising capital from institutional and private retail investors for the country’s infrastructure development. The fund invests in value-enhancing state agencies’ infrastructure assets and projects to create long-term distribution growth potential, including expressways, railways, electricity generation and distribution, airports, and deep seaports. An IPO was made from October 12 to 19 with prices set at 10 Baht each. Since then, major local institutional investors have shown great interest in TFF.

The TTF has the advantage of reducing the government’s burden on public finance by providing fund raising alternative. This is expected to accelerate the Thai government investment in infrastructure projects, which can be injected into TFF in the future, thus, providing institutional and retail investors the opportunity to invest in high performing and stable income infrastructure projects. The Fund also promotes the development of Thailand’s capital markets by facilitating private sector investment in infrastructure development, which is considered a low risk long-term investment, allowing greater diversification for private investors.

The mobilization of private resources, including through public-private partnerships (PPP) has indeed been attracting strong interest from governments in Asia and the Pacific. Recognizing this potential, the Regional Road Map for Implementing the 2030 Agenda, endorsed by ESCAP member States in May 2017, highlights the need to undertake research, analysis and consensus-building initiatives to enhance regional knowledge of infrastructure financing, including PPP. Subsequently, in December 2017 the Committee on Macroeconomic Policy, Poverty Reduction and Financing for Development, requested the ESCAP secretariat to consider developing a network on PPP and infrastructure financing to provide a regular platform where member States can exchange their experiences, disseminate knowledge, engage private sector and build consensus regarding good practices on infrastructure financing.

To this end, ESCAP has taken the initiative to serve member States’ needs and successfully organized the first meeting of PPP and infrastructure financing network with support from the China Public Private Partnerships Center at the City of Guiyang, Guizhou Province, China on 12 and 13 September 2018. This is the first regional event, among many more to come, that leverages on the fact that countries in the region are increasingly accumulating experience in engaging private sector for their infrastructure investment. It gathered the heads of PPP units, infrastructure specialists and capital market experts from 22 countries in the region to enhance knowledge and capacity of PPP units on the effective use of PPP mechanisms as well as other infrastructure financing strategies to support the pursuit of sustainable infrastructure development.

Given that the Asia-Pacific region’s infrastructure investment requirement is immense and public resources are limited, it is important to carefully design financing strategies to fill the existing gaps and meet future infrastructure demand. As highlighted by the recent Thai example, this can be supported by mobilizing more resources from institutional investors by further deepening capital markets in the regions as well as increasing the availability of investable assets. Moving forward, member States in Asia and the Pacific would greatly benefit from sharing established good practices with other countries and engaging the private sector in addressing their infrastructure financing challenges, with ESCAP playing an enabling role in such endeavors. 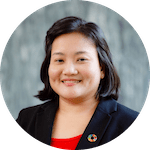 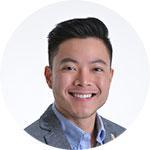 Celebrating the 1st Anniversary of the Data Integration Community of Practice

The illusion of digital inclusion in the post-COVID world

Every Policy is Connected: developing and monitoring inclusive policies