Addressing the biodiversity and climate crises to mitigate pandemics

Throughout history, zoonotic diseases (diseases transmitted from animals to humans) have made their marks in human history. For example, the bubonic plague, which was transmitted from rodents, is considered one of the most devastating diseases in human history, claiming hundreds of millions of lives. Many may be more familiar with the plague’s second pandemic, the Black Death, which decimated nearly 60 per cent of Europe’s population in the 14th century. The Spanish Flu of 1918 infected nearly one-third of the global population and killed an estimated 20 to 50 million victims.

Currently, the world is fifteen months into the COVID-19 pandemic, which, at the time of writing, has infected 179 million people and claimed nearly 3.9 million lives. Experts have long been warning about zoonotic diseases and their detrimental health and socio-economic impacts, yet history seems to continue repeating itself. It was not too long ago that zoonotic diseases such as HIV, SARS, MERS and Ebola stirred up global concern—yet the international community continues to take a reactive rather than a proactive approach. While vaccine rollouts have started to take place across the globe and world leaders pledged to donate 1 billion vaccine doses to poorer countries to combat the pandemic, it is crucial to take action to mitigate the impact of future deadly zoonotic diseases.

To curb the risk of going through other zoonotic-induced pandemics in the future, it is important to first understand that zoonotic diseases are primarily driven by environmental factors that enhance contacts between wild animals, domestic animals and humans. These diseases are closely linked to environmental and development patterns and drivers, including land-use changes and biodiversity loss. Land-use changes often destroy wildlife’s natural habitats, increasing the interface between wildlife and human populations and the risk of transmission of infectious diseases. Additionally, biodiversity loss can increase the risk of zoonotic diseases due to the loss of potential host species, which place the disease burden on to remaining species, including humans. This is compounded by climate change and its detrimental effect on wildlife habitats. Species are compelled to shift habitats, with many having to move to smaller areas, or new semi-natural habitats that may be closer to human communities.

Current development and consumption practices have broken our relationship with nature. To mend this relationship and mitigate the risks of future pandemics, countries should consider a holistic approach focusing on multiple fronts:

While the road to recovery may seem like a daunting challenge, it is an opportunity to initiate a shift towards sustainable development trajectories that promote a healthy relationship with nature and tackle the biodiversity and climate crises as well as the biggest health challenges in modern times.

To support this process, ESCAP has produced a policy brief, “Mending the broken relationship with nature; tackling the biodiversity, ecosystems, health and climate change nexus post-COVID-19” and an e-learning course, Biodiversity, climate change and human health in the context of COVID-19.

The goal is to secure a brighter future with nature at the centre, achieving the Sustainable Development Goals. 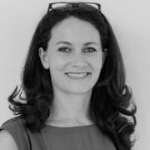